No chance of oxygen crisis unless any dramatic change: Minister 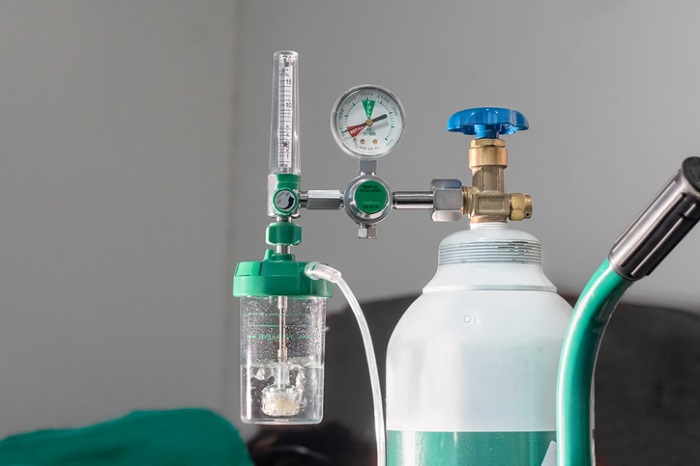 As Bangladesh grapples with the second wave of coronavirus infections with hospitals overstretched, one major concern that has arisen is the availability of medical grade oxygen for critical Covid-19 patients.

Amid the growing worries over a steady supply of the lifesaving element, Health Minister Zahid Maleque has assured the people of the country that there will not be any shortage of oxygen unless the situation worsens dramatically.

His clarification came at a time when India, struggling with an acute oxygen crisis, stopped its export to Bangladesh.

Maleque said Bangladesh is not that much dependent on liquid oxygen. “In fact, we rely more on gas oxygen. So, even if we face a shortage of liquid oxygen, it won't be a big deal," he added.

Medical grade oxygen is needed for treating critical Covid-19 patients who develop hypoxaemia – the shortage of oxygen in the blood – which is one of the main causes of death.

The minister said the demand for medical-grade oxygen is currently around 100-150 tonnes.

The government produces 250 tonnes of gaseous and 150-200 tonnes of liquid oxygen every day. The private sector also produces around 40-50 tonnes of oxygen a day. "So, unless there’s any dramatic upsurge in Covid-19 cases which forces the demand to double overnight, we’ll be fine," he assured.

He said the government has asked hospitals to increase the use of gaseous oxygen in order to avoid misuse of liquid oxygen.

Minister Maleque said the health authorities are in constant touch with industries so that liquid oxygen can be collected on short notice when needed.

However, Senior Secretary Md Anisur Rahman of the Energy and Mineral Resources Division admitted that there is a minor oxygen crisis in the country following the Indian export ban.

"We’ve told private companies that produce liquid oxygen to supply it to the hospitals and clinics at the moment," he said.

Rahman said there is nothing to worry as the government will deal with the situation very swiftly.

Chief Inspector of Explosives Department Abul Kalam Azad told UNB that they asked five oxygen producing companies on April 23 to cut off the supply of oxygen for industrial use and direct it to hospitals.

According to the letter, hospitals and clinics are in need of rapid medical oxygen supply as the number of Covid-19 patients has recently increased.

According to sources at the health ministry, the daily production capacity of Linde Bangladesh is 90 tonnes, Islam Oxygen Ltd 40 tonnes and Spectra 37 tonnes.

Saiqa Mazed, General Manager (Human Resources) of Linde Bangladesh, told UNB that they are not giving it to industries following the government’s directive. “The whole amount now goes directly to hospitals and clinics,” she said, hoping that if the number of Covid cases remain as it is, there won't be any shortage of medical oxygen.

When asked about oxygen import from a source other than India, she said it would be expensive since Bangladesh can bring oxygen from the neighbouring country by road.