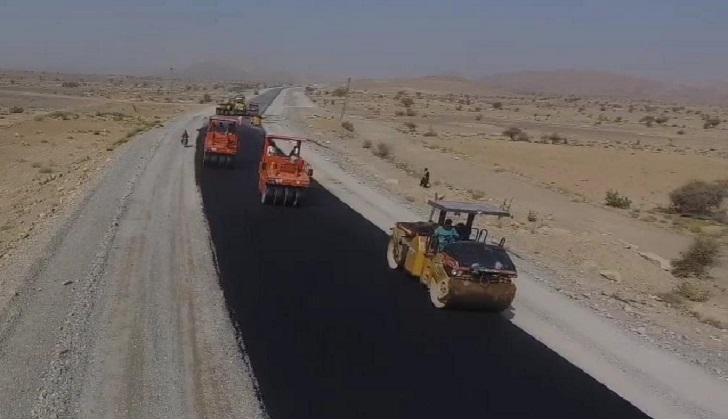 Islamabad will seek debt restructuring of $3 billion against the China-Pakistan Economic Corridor (CPEC) energy projects in an effort to eliminate the need for increasing the power tariff by Rs1.50 per unit, Special Assistant to the PM on Power and Petroleum Tabish Gohar told The Express Tribune.

“The country is scheduled to make Rs435 billion or nearly $3 billion principal repayments to 12 Chinese independent power producers in three years,” he added.

“The government will request China to consider restructuring of the $3 billion repayments for 10 to 12 years, which in return will reduce the tariff increase requirements by Rs1.50 per unit.” The initiative is part of the hosts of proposals that the PTI government is exploring to minimise tariff increase requirements estimated in the range of Rs4.60 to Rs5.65 per unit under a recently approved Circular Debt Management Plan.

China has set up 12 power plants under the CPEC and the repayments of the Chinese debt are included in the electricity tariffs. The consumers would pay them in rupees. However, the government would return them in dollars. Explaining the preposition, Gohar said  Pakistan would request China to set up a one-time CPEC debt refinancing fund of $3 billion, which will be used to pay to the Chinese companies.

After 12 years, the government would recover the amount from the consumers to repay to China, he added. “The proposal has been discussed with the Chinese ambassador to Pakistan and now it needs to be taken up at the highest level by both the countries,” the SAPM elaborated.

“We do not want to embarrass our friend but the fact is that half of the IPPs’ payments are related to Chinese power projects.”

In addition to the $3 billion principal payments, the dividend payments also stand at $1.5 billion during the next three fiscal years. Against the inflows of $19 billion, the outflows of CPEC power projects are estimated over $31 billion on account of both dividend and the debt repayments over a period of 20 years, as per documents of the planning and development ministry from December 2018 . The commercial loans for setting up power plants had been arranged at an interest rate of London Interbank Offered (Libor) plus 4.5%.

The total outflows of debt against one-dozen power projects had been estimated at $19.8 billion.

The Express Tribune had reported in December 2018 that Pakistan could only sustain these repayments by enhancing its exports.

In case the country remained unable to increase exports despite removal of energy bottlenecks, it would be difficult to manage these repayments.

Gohar said the government wanted to reduce the buildup of circular debt that was estimated to increase to Rs4.7 trillion in two years.

“About 40% of it will be reduced by increasing tariffs that too if we are unable to achieve goals like restructuring of debt and rationalisation of taxes,” he added. “Prime Minister Imran Khan has given us the task not to increase the prices against the required adjustments of Rs4.60 per unit.

The SAPM further said the circular debt management plan had been chalked out on the assumption of Rs168 per dollar exchange rate. “If the exchange rate remains at Rs155 for thr next two years, the tariff increase requirement will come down by another Re1 per unit.”

Gohar noted that there were good chances that the International Monetary Fund (IMF) might also relax timelines to increase the tariffs that were due in June and July.

“As against the current level of Rs2.6 trillion, the power sector circular debt would only come down to Rs1.1 trillion by end of fiscal year 2023 if we successfully implement a three-pronged strategy,” he added.

At the end of the PML-N government tenure, the circular debt was Rs1.15 trillion.

The average tariff is projected to increase to Rs20.25 per unit by fiscal year 2023 from the current Rs15.4 per unit. Gohar said there was a need to rationalise the taxes on electricity bills and fuel that would reduce tariff increase requirement by another Re1 per unit. “The plan to buy out 11 IPPs of 3300 MW capacity at discounted value of about $1 billion would reduce the power tariff increase requirement by 60 paisa per unit.”

The PM's aide said the World Bank had endorsed the proposal of buying old power plants and was ready to finance it. “The WB’s interest is that these old fossil fuel projects can be replaced with renewable energy projects.”

There is also a proposal to hand over the Hyderabad and Sukkur power distribution companies to the Sindh government -- a move that would save Rs100 billion per annum.

Gohar said the Sindh government was keen on taking over these companies and also willing to reduce the government’s liabilities to zero in five years. “If these proposals remain unimplemented, the government will have to increase the tariffs.”