A reverse Sands of Dee 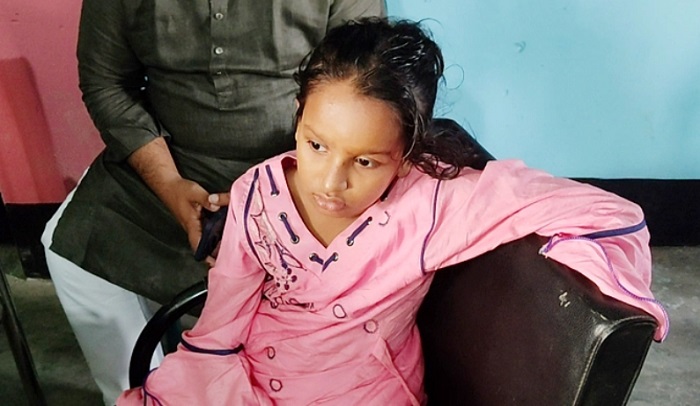 We can remember the poetry “Sands of Dee” by Charles Kingsley. Mary was a little girl. She was asked to bring the cattle which went away for grazing. Evening fell and sea wave pulled her in. The fishermen found her by shining golden tresses. They took her to the shore. The fishermen can still hear Mary’s frantic shrill calling the cattle home.

Shibchar speedboat capsize has given birth to a reverse story. In Sands of Dee, parents lost their daughter. But the speedboat accident in Shibchar has left a daughter alone taking lives of her parents and other family members.

That human being subservient to the colossal system of the universe and fatalism has been proved once again.

Nine-year girl Mim survived the speedboat accident on Shibchar point of the Padma River but she lost all precious family members on Monday.

Hailing from Parukhali of Terokhada under Khulna, Mim along with parents and two sisters used to live in Dhaka. Her father Monir Mia was a tailor at Mirpur.

Accompanied by family members, Monir left Dhaka for the village home to take a last look at her mother who died the previous day.

An accident between the speedboat and sand-laden bulkhead anchored in Shibchar took lives of 26 persons including her family members on board.

Mim, who sustained minor injuries, was taken to a nearby hospital.

As the girl was taken to the field of Dotara Government Primary School displaying the bodies, she burst into tears.

Nobody of the family is left alive to console her.

Shibchar UNO Asaduzzaman rushed to the spot and sent Mim and bodies of the deceased family members to their village home by ambulance.