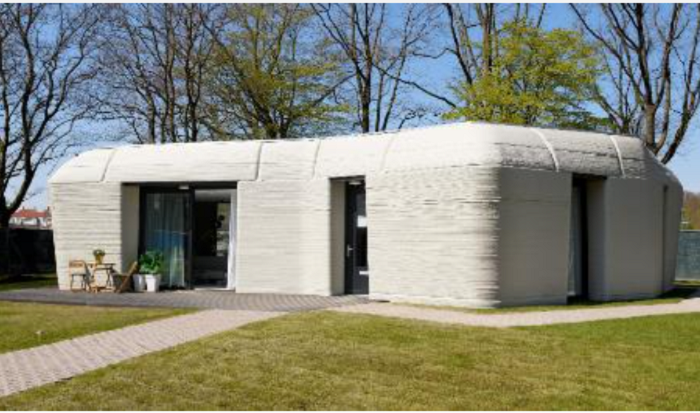 A Dutch couple have become the proud new tenants of the country's first ever 3D-printed house.

Elize Lutz and Harrie Dekkers have been given the digital key to the gray, boulder-shaped building in the Bosrijk neighborhood of Eindhoven, in the southern Netherlands.

The single-story home has more than 1,000 square feet of floor area, with a spacious living room and two bedrooms.
Lutz, 71, and Dekkers, 67, replied to an advertisement seeking tenants for the groundbreaking project.

Now retired, the former shopkeepers from Amsterdam will move into their new home on August 1 -- although their tenancy will last for just six months.
"We are always looking for special places to live," Dekkers told CNN. "It's so unusual."

According to the project's website, it "is the world's first commercial housing project based on 3D-concrete printing."

More than just an experiment, the house was built to be fully habitable for several decades and designed to resemble a boulder in order to blend with its natural surroundings.

It consists of 24 concrete elements, which were printed layer-by-layer at a plant in Eindhoven. The elements were then transported by truck to the building site and placed on a foundation.