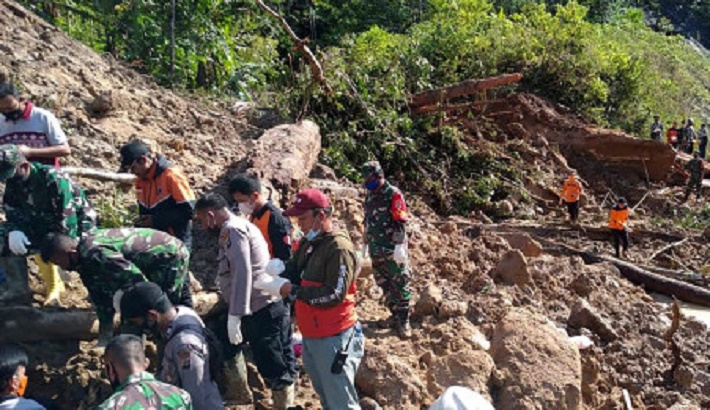 Landslides near a construction site of a $1.5 billion Chinese-backed hydroelectric dam on Indonesia's Sumatra island have killed at least three people, the disaster agency said on Friday, amid fears that more may be missing.

The dam has faced criticism from environmental groups because it is in the heart of the Batang Toru rainforest, home to the Tapanuli orangutans, a unique species of the endangered great apes that was discovered in 2017.

The disaster mitigation agency said in a statement that the death toll stood at three after the landslides struck on Thursday following heavy rains and an official said it was still assessing whether more might be missing.

"Both of them were swept away by the landslide when they were checking the mud floods," company spokesman Firman Taufick said.

Indonesian environmental group WALHI on Friday urged authorities to investigate the project and its construction which it said could make the area more prone to disasters.

"It is feared the presence of these corporations threatens the forest ecosystem and could cause ecological dangers by opening wide swathes of land and land clearing," it said in a statement.

Firman did not immediately respond to a request for comment on the claims.

The project was due to be completed next year, but is now expected to be finished in 2025 after pandemic-related delays, Firman said.

In 2019, the state administrative court in Medan dismissed a lawsuit filed by WALHI claiming that the approval process for the dam had ignored the environmental significance of the site and did not get input from residents.

WALHI said in addition to concerns about destruction to the habitat of orangutans, the area is also home to honey bears, Sumatran tigers and tapir.