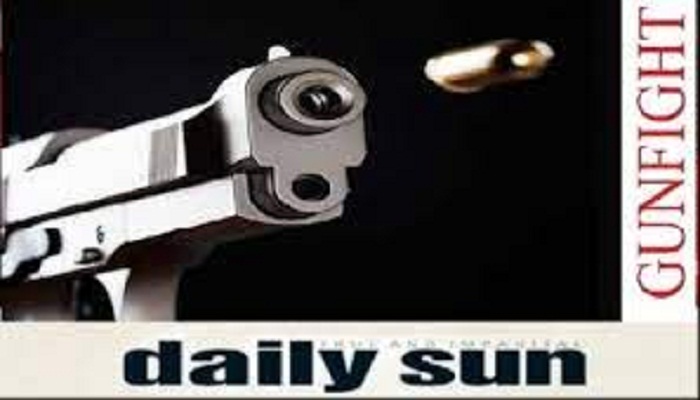 A suspected robber was killed in a reported gunfight with Detective Branch of police in Keraniganj of the capital on Sunday night.

The identitity of the deceased could not be known yet.

Sakratul Islam, sub-inspector (SI) of Keraniganj police station, said being informed, that two groups of robbers were taking preparation to commit robbery in Rataner Khamar area, a police team went to the spot at night.

As soon as police reached the spot, the robbers opened fire on them forcing them to fire back in self-defense, triggering a gunfight, the SI added.

Later, police recovered the body from the spot and sent it to Mitford Hospital morgue for an autopsy, the SI further said.

A case was filed with Dakkhin Keraniganj Police Station in this connection, he said.