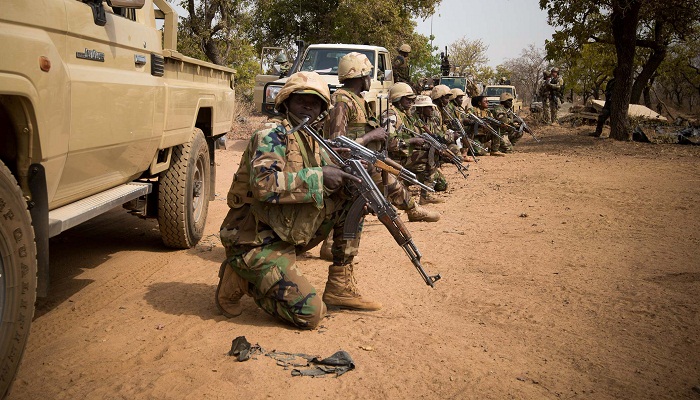 Niger troops killed 24 “suspected terrorists’ after they sought to escape after being captured in the west of the country, the government said Sunday.

The suspects had been planning an attack on the market town of Banibangou but the army was alerted and, after an exchange of fire, 26 people were arrested on April 28, the defence ministry said in a statement. One of the “suspected terrorists” died later from gun wounds.

As they were awaiting transfer to nearby Chinegodar, where there is a military base “the prisoners tried to escape” overnight on Thursday and managed to disarm a guard, the ministry said.

“After ignoring warning shots, 24 prisoners were fatally wounded and one of them was able to escape”, it said, adding that an inquiry had been launched.

Chinegodar and Banibangou are in the Tillaberi region which is on the borders of both Mali and Burkina Faso. It is regularly attacked by jihadist groups affiliated to Al-Qaeda or Islamic State.

On March 15, suspected jihadists killed 66 people when they attacked a bus carrying shoppers from the Banibangou, and then raided the village of Darey-Daye.

On January 2, 100 people were killed in attacks on two villages in the Mangaize district of Tillaberi.

The massacre, one of the worst in Niger’s history, occurred between two rounds of the country’s presidential election.

A year earlier, on January 9, 2020, the Niger army lost 89 men in an attack on the military camp in Chinegodar, one month after 71 troops died in an attack at Inates.