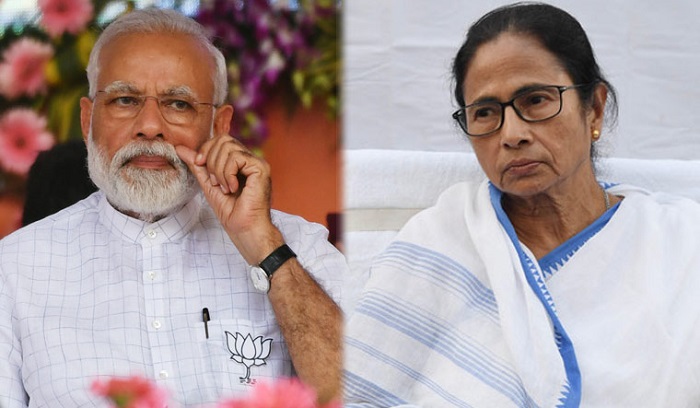 Indian Prime Minister Narendra Modi congratulated West Bengal Chief Minister Mamata Banerjee this evening and assured that the Centre will "continue to extend all possible support to the West Bengal Government to fulfil people's aspirations and also to overcome the COVID-19 pandemic".

Counting the BJP's gains in a state where it only had a marginal presence, he thanked the people of Bengal for their "blessing" to the party.

"From a negligible presence earlier, BJP's presence has significantly increased," PM Modi tweeted as his party -- which aspired to 200 of Bengal's 294 seats -- looks set to win only 70-plus seats. Ms Banerjee's Trinamool Congress is likely to win more than the 211 seats it won in 2016, reports NDTV.

Congratulations to Mamata Didi for @AITCofficial's win in West Bengal. The Centre will continue to extend all possible support to the West Bengal Government to fulfil people's aspirations and also to overcome the COVID-19 pandemic. @MamataOfficial

In another tweet, the Prime Minister -- who addressed more than 50 meetings as part of the BJP's Mission Bengal – said:

I would like to thank my sisters and brothers of West Bengal who have blessed our party. From a negligible presence earlier, BJP's presence has significantly increased. BJP will keep serving the people. I applaud each and every Karyakarta for their spirited effort in the polls.

The BJP has been aiming to expand their footprint in the eastern India since coming to power at the Centre in 2014. In 2015, then BJP chief Amit Shah had laid down a 200-seat goal to the state unit of the party. But over the years, while the BJP has managed to bring the states of the northeast under its control, Bengal has proved elusive yet again.

For many in the party, the disappointment has been sharp, especially after the 2019 Lok Sabha polls where the BJP managed to win 18 of the state's 42 Lok Sabha seats – a long way up from two seats.

But Babul Supriyo was the only leader who refused to congratulate her.

In a short, angry Facebook post, Mr Supriyo – whose Asansol seat was a BJP stronghold long before 2019 --  said Bengal's voters had made a "historic mistake".

"Neither will I congratulate Mamata Banerjee... nor do I wish to say I 'respect' the people's verdict... sincerely think people of Bengal made a historic mistake by not giving BJP a chance... by electing this corrupt, incapable, dishonest government and a cruel lady back to power," his message read.