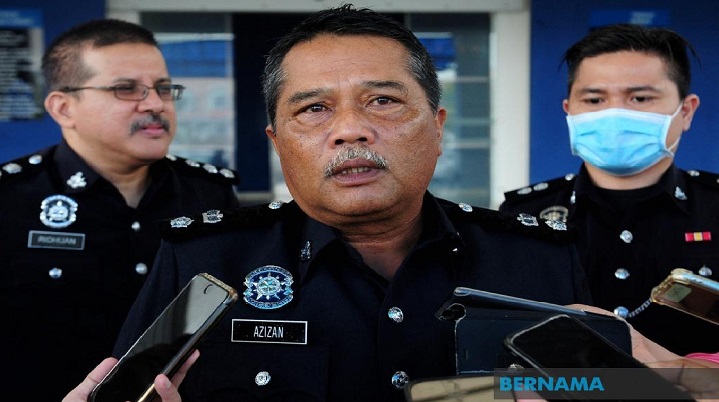 A Bangladeshi man died while two others were injured after being stabbed with a screwdriver in a brawl with fellow countrymen at a workers' dormitory in Mahkota Industrial Park, Banting last Friday.

Kuala Langat district police chief Superimendant Azizan Tukiman said the victim identified as Babu, 44, died at the scene after he was stabbed in the chest believed to have hit his heart, while his two friends sustained injuries in their stomach, in an incident at about 9 pm.

'The fight involved five Bangladeshi men. The two suspects Red the scene after stabbing the victims: he said in a statement today.

He said a police investigation found that the deceased and the suspects were among 30 foreign workers of a paper mill who tested positive for COVID-19 and were undergoing quarantine at a location not far from the dormitory.

'Following the brawl, the suspect who had lost control took a screwdriver and stabbed the victin before stabbing his friends using the same weapon,' he said.

Azizan said both suspects, aged 42 and 4t who were hiding at the Taman Mans Jaya junction, were arrested at 3.30 am yesterday.

'Both of them admitted to having a fight with the victim and nabbed him with a screwdriver; he said.