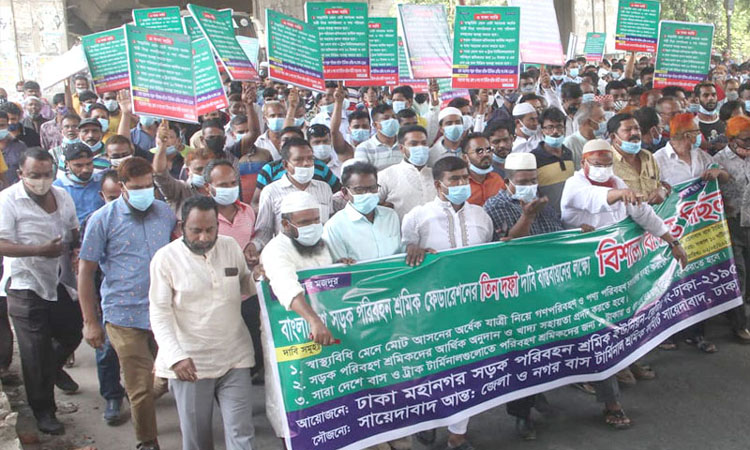 Transport workers on Sunday brought out a procession in the city’s Sayedabad area to press home their 3-point demand including resumption of public transport maintaining  health protocols.

The workers under the banner of Dhaka Metropolitan Road Transport Workers Union, brought out the procession in the morning.

Earlier on Saturday, Road, Transport and Bridges Minister Obaidul Quader said the Bangladesh government is considering the resumption of public transport services in the country ahead of Eid.

The Minister also urged the transport owners and workers not to resort to protests over the issue.

"Be patient," was his message to the aggrieved owners and workers.

Public transport services were suspended in Bangladesh on April 5, with the government announcing a countrywide lockdown to curb the spread of coronavirus.

On Friday, the transport owners' association urged the government to immediately resume bus services in the country.