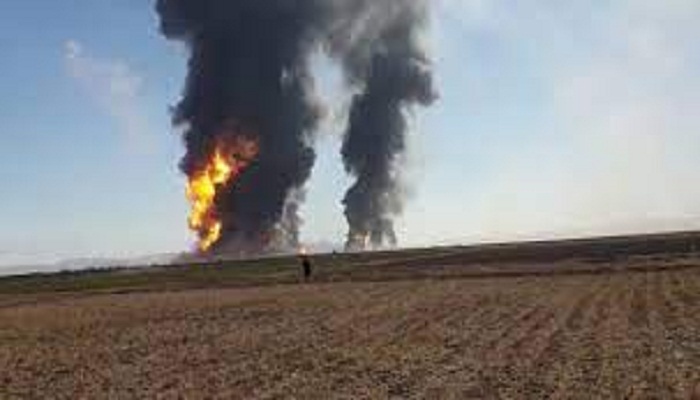 At least four people were killed, 10 injured and five others went missing in a fuel tanker explosion in Kabul, capital of Afghanistan Saturday night, a local TV channel reported on Sunday.

A fire broke out after the fuel tanker exploded at the side of a highway connecting Kabul to northern provinces, where about 50 oil trucks were parked to enter Kabul, Tolo News TV reported.

The initial explosion caused a chain of explosions in the area in Shakar Dara district on the northern outskirts of the city, affecting and destroying at least 50 fuel trucks. A fuel pump station, several shops and houses were also destroyed in the incident.

Several firefighting units were working in the area to put out the fire and help the affected people.

The incident may have been caused by a terrorist activity as one truck driver said the explosion was caused by detonation of a sticky improvised bomb attached to one of the trucks, according to the report.

The power supply was suspended in parts of Kabul after the explosion damaged an electricity pole.