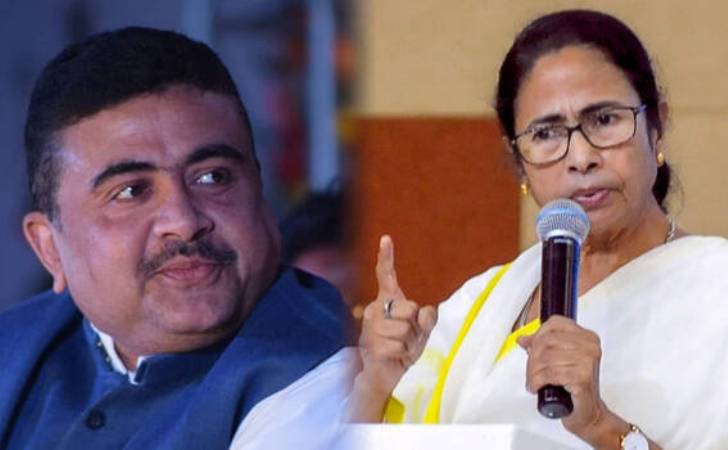 Counting of votes for the 294-seat West Bengal election 2021 is underway. Early trends emerging in results to the five state Assembly elections on Sunday showed that incumbent Mamata Banerjee-led Trinamool Congress (TMC) might end up convincingly winning in West Bengal, while challenger Bharatiya Janata Party (BJP) could fall way below its expected number of seats in the 194-seat state Assembly (elections were held in 292 constituencies, so the halfway mark is 146.

In a setback of sorts for the TMC, however, party chief and chief minister Mamata Banerjee is leading only in marginal numbers of vote in opponent Suvendu Adhikari’s pocket borough of Nandigram.

Adhikari, formerly a party colleague of Banerjee’s changed sides and joined the BJP recently. As of 4:00 pm, TMC was ahead in 206 of the state’s 294 seats, while the BJP was leading in 84. The Left was leading in just one seat.

An aggregate of six exit polls predicted that Mamata Banerjee may just make it past the half-way mark. The result will decide whether Mamata Banerjee, who has been in power for 10 years and is arguably fighting the toughest poll of her political career, has been able to thwart the challenge by the battle-hardened election army of the BJP led by Prime Minister Narendra Modi and Home Minister Amit Shah.

The BJP, which had just three seats in the 294-member Assembly in the 2016 Assembly polls and went to win 18 out of 42 seats in the 2019 Lok Sabha election, had pulled out all stops in the state in a determined bid to oust Banerjee, a vocal critic of Prime Minister Modi, and add another state to its tally of 17.