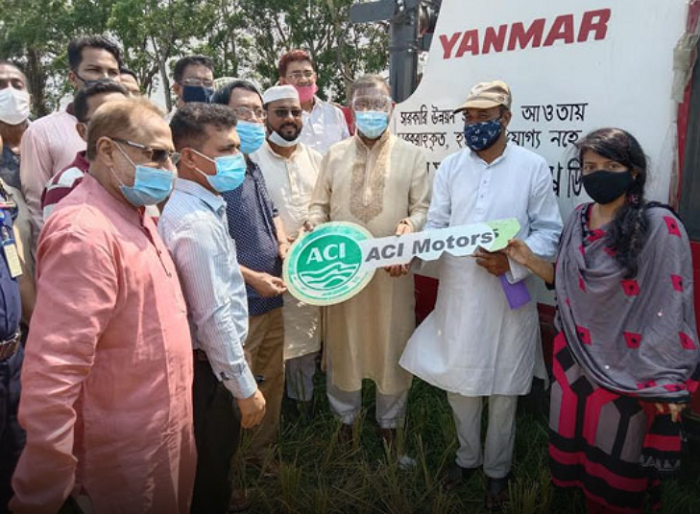 He handed over the keys of the combined harvester machines to the farmers of Rangunia at a 50 percent subsidy price under the government’s agricultural mechanization project through integrated management.

Dr Hasan handed over the keys of a combined harvester machine this noon to farmer Kazi Zahurul Islam in Majumdarkhil area of Rangunia’s Gumai Bill, a popular grain store in Chattogram.

Terming AL government as a farmer-friendly government, Dr Hasan, also joint Secretary of Bangladesh Awami League, said that Bangladesh has now become a country of food surplus from a country of food shortage due to modernization of agriculture system.
All this has been possible due to the dynamic leadership of Bangabandhu’s daughter Prime Minister Sheikh Hasina, he added.

He said that with the help of combined harvester machines, several acres of paddy can be cut and threshed at the same time.