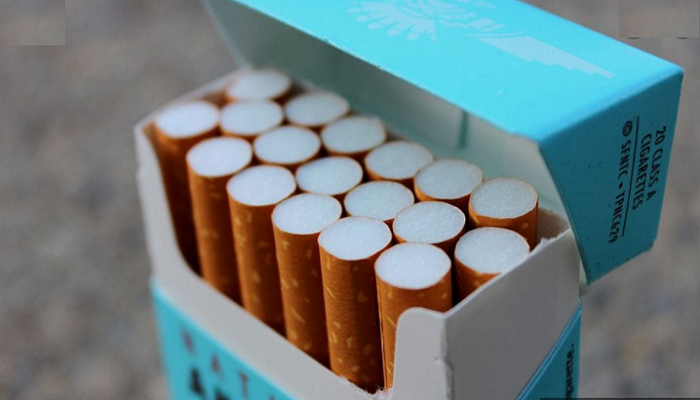 Citing the disproportionate impact of tobacco use on African Americans, the Food and Drug Administration says it will move to ban menthol flavoring from cigarettes along with flavorings from cigars within the next year – an effort it says will save lives and help reduce health disparities.

In an announcement issued Thursday, the FDA said the decision is "based on clear science and evidence establishing the addictiveness and harm of these products and builds on important, previous actions that banned other flavored cigarettes in 2009."

Getting rid of flavors from combustible tobacco products "will help save lives, particularly among those disproportionately affected by these deadly products," said Dr. Janet Woodcock, the FDA's acting commissioner.

Woodcock said the move will reduce smoking initiation among young people and boost the chances of smokers kicking the habit. It also will "address health disparities experienced by communities of color, low-income populations, and LGBTQ+ individuals, all of whom are far more likely to use these tobacco products," she said.

Menthol is the only flavor allowed in cigarettes after others were barred under a 2009 law. Data cited by the Centers for Disease Control and Prevention shows that among menthol smokers 12 years and older in 2012-2014, nearly 85% were Black and 29% were white.

The FDA's announcement comes after civil rights and health groups reportedly called on the Biden administration to move on a menthol ban: "The predatory marketing of menthol cigarettes and other flavored tobacco products must be stopped and we should all recognize this as a social justice issue, and one that disproportionately impacts youth and communities of color," the groups said in a letter to Health and Human Services Secretary Xavier Becerra.

Thursday's move also meets an April 29 deadline for the FDA to respond to a lawsuit stemming from a years-old citizen petition aiming for a menthol ban. A coalition of public health groups filed the suit last year, looking to force a response from the FDA.

The announcement serves notice that the administration will use its authority to set "product standards" as a way to ban menthol and other flavorings. A final ban may take years to implement, however, as officials hear public comment and the effort faces potential legal challenges from the tobacco industry. Meanwhile, a coalition of groups including the ACLU has warned that such a ban could lead to "serious racial justice implications" and criminal penalties that will harm people of color the most.

Although smoking rates have plunged in recent years, it is still a leading cause of preventable death in the U.S. According to the FDA, "studies show that menthol increases the appeal of tobacco and facilitates progression to regular smoking, particularly among youth and young adults." The flavor masks the "harshness of tobacco products, making them easier to start using."

Menthol also can enhance the effects of nicotine, making it more addictive and harder to quit, according to the release.

"One study suggests that banning menthol cigarettes in the US would lead an additional 923,000 smokers to quit, including 230,000 African Americans in the first 13 to 17 months after a ban goes into effect," according to the statement. "An earlier study projected that about 633,000 deaths would be averted, including about 237,000 deaths averted for African Americans."