US general’s warns Pakistan as it withdraws forces 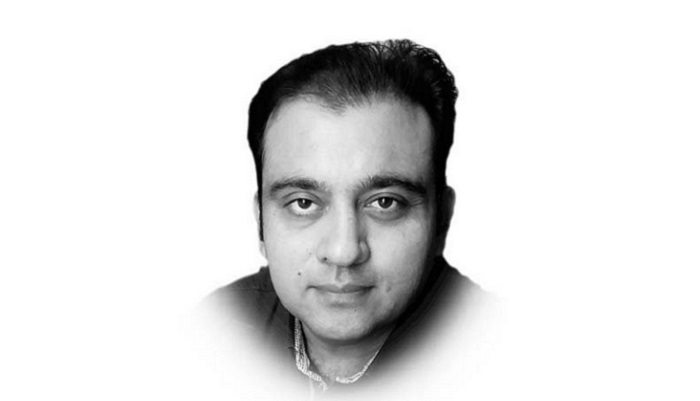 This assessment, which should serve as a warning for Pakistan, was given by US CENTCOM Chief Gen Kenneth F McKenzie during a congressional hearing about the Biden administration’s withdrawal plan.

It is because of these fears that Pakistan has been advocating responsible and orderly withdrawal from Afghanistan. After President Joe Biden’s announcement to pull out all US forces by September 11, Pakistan made it clear that the withdrawal plan must be accompanied by progress in the peace process.

Why Pakistan is seeking a peace deal is because it is aware of the negative fallout of another cycle of violence in Afghanistan. Last week’s terrorist attack at a five-star hotel in Quetta was a grim reminder that the fight against terrorism is far from over. The banned Tehreek-e-Taliban Pakistan (TTP) claimed responsibility, something that should be a cause for concern for Islamabad. TTP was driven out of Pakistan particularly from the erstwhile tribal areas after Pakistan carried out successful military operations in the wake of the massacre at APS Peshawar in December 2014.

The government and the army has stated on a number of occasions that terrorist infrastructure of TTP and its affiliates has been uprooted from Pakistani soil. But these groups found refuge in Afghanistan, exploiting the volatile situation there. Not long ago, Pakistan presented a dossier claiming that TTP and other anti-Pakistan groups were being reunified at the behest of India. This to an extent was corroborated by the UN report issued in February, which confirmed the reunification of several anti-Pakistan groups in Afghanistan in August 2020. With the real possibility of Afghanistan slipping into civil war, the spectre of terrorism may once again come knocking at the doors of Pakistan.

The scenario for Pakistan is not ideal. Even if there is a peace deal and Afghan Taliban join the government this may encourage the Pakistani Taliban. In the absence of a peace deal, the unrest in Afghanistan will also work in the advantage of groups like TTP. It is because of this that Pakistan in recent years has laid greater emphasis on border management. The border fencing is part of the contingency plan Pakistan has been working to prevent or at least minimise the negative fallout of the civil war in Afghanistan.

But there are other areas where Pakistan perhaps needs to put its act together. After the APS terrorist attack, there was a national consensus to root out the scourge of terrorism and extremism. The national consensus resulted in the 20-point National Action Plan (NAP). The plan looked perfect on paper. It not only talked of eradicating terrorist groups through military operations but also to fight extremist ideologies. Madrassa reforms, discouraging hate speech as well as sectarianism were the NAP’s key points. To address the Balochistan problem, NAP called for political reconciliation. There had been progress when certain Baloch leaders living in self-imposed exile were engaged by the provincial government during the PML-N term. The process was abruptly called off without any explanation.

As the threat of a new phase of terrorism looms large because of the Afghan endgame, there has been no debate in Parliament on the issue. Instead the government is busy in appeasing the banned TLP, something that highlights contradiction in our approach to deal with the larger issue of extremism. It is time for Pakistan to pay heed to the warning of Gen McKenzie.