One dies as truck overturns in Manikganj 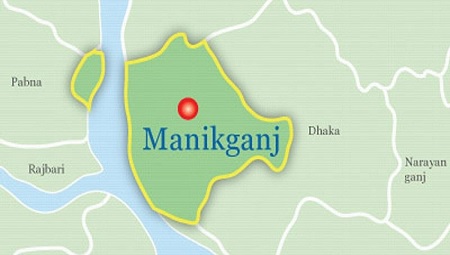 One person died and three others were injured when a truck overturned in Ghior upajila of Manikganj district on Saturday, police said.

The deceased was identified as Mojibur Rahman, 55.

The accident happened on Pecharkanda Road on Friday night, when the truck carrying stone chips suddenly veered off the stretch and overturned.

Fire and police personnel immediately rushed to the spot and sent the injured to a nearby hospital. The injured include the driver of the truck.

"Mojibur, however, died on the spot. His body has been handed over to police," Ghior fire service station officer Selim Haoladar said.

Ghior police station’s Officer-in-Charge Riaj Uddin Ahmed Biplob said the body of the deceased was handed over to his family members.

A case has been registered, he added.