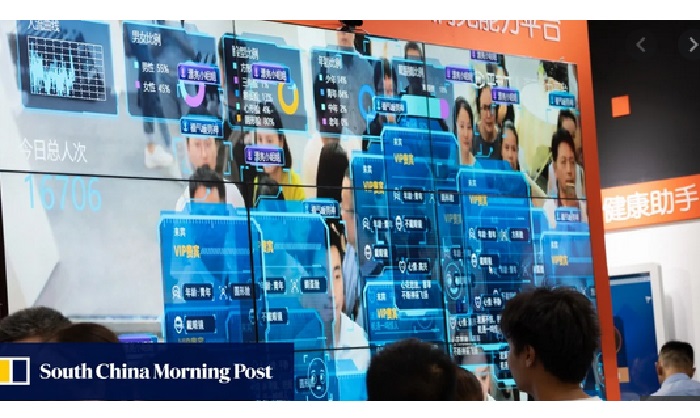 After China’s annual Consumer Protection Gala in March singled out companies for the misuse of facial recognition, several cities in China are tightening the enforcement of related regulations, as the technology has become widely used for such things as dispensing toilet paper and collecting garbage.

The companies, local subsidiaries of land developers China Poly Group, Sunac China Holdings and Greenland Holdings, were each slapped with a fine of 250,000 yuan (US$38,500).

The Ningbo Administration for Market Regulation said that the three firms “violated the consumer protection law by collecting and using facial identity without consent” when they set up facial recognition devices at sales offices to determine whether a visitor was the client of an agency.

In China, some residential projects, especially those that don’t sell well, offer a discount to property agencies to increase the customer base. If a buyer visits the property and later turns to an agent for the lower price, the discount would be void.

By capturing visitor’s facial information, sales offices were able to determine who was returning with an agent in tow.

“We’ve found that it’s quite common in the property market. . . The devices the firms use are very accurate,” said an unnamed official of the regulator, according to the Ningbo Evening News. “They can recognise [returning visitors] even with a facial mask on.”

Other cities are mulling laws to ban such technology at residential compound entrances.

Hangzhou, the capital of Zhejiang province, was the first last year to draft a law banning property management firms from forcing residents to register their biometrics, such as fingerprints and facial information, in order to enter the compound. City legislators plan to vote on the law in June.

Other places, including Sichuan province and the cities of Tianjin and Nanjing, are preparing to introduce similar regulations.

China, the world’s most surveilled nation with 200 million CCTV cameras, is set to have more restrictions on the pervasive use of facial recognition technology.

Last week, a draft of national non-mandatory standards was released for public feedback. It stipulates that facial recognition should be deployed with consent and cannot be used for minors aged 14 or younger.

In a survey earlier this year from Beijing News, almost 90 per cent of respondents said they do not want facial recognition in commercial areas.

The personal information protection law, still pending approval, says that identity recognition equipment deployed in public places must be labelled with clearly visible signs, and the information collected cannot be published or provided to others.