Khaleda Zia unlikely to be discharged from hospital before Monday: Doctors 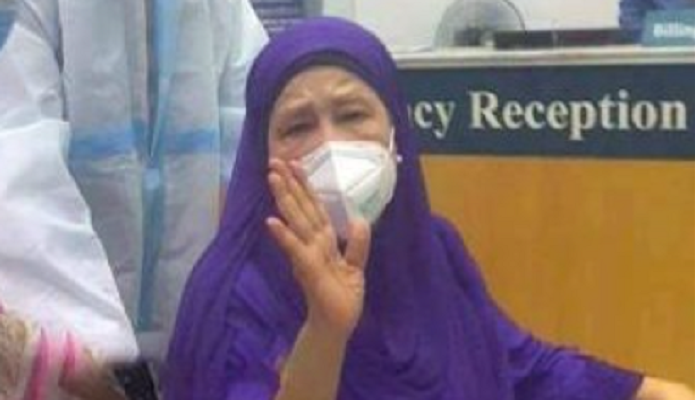 BNP Chairperson Khaleda Zia, admitted to Evercare Hospital on Tuesday night, is unlikely to be  discharged before Monday next as her  health cheek-up  is yet to be completed, said her personal physician Mohammad Al Mamun.

“Madam (Khaleda) was scheduled to undergo an important test today (Friday), but it could not be done. This test will be conducted on Sunday. She also needs to undergo some other tests and I think all the investigations are unlikely to be completed before Monday,” he said.

Mamun said they had a plan to take Khaleda back to her house either on Saturday or Sunday. “As the tests are yet to be completed, it won’t be possible to discharge her before Monday.”

Asked whether Khaleda will undergo third Covid test, he said, “It’s not necessary, but we’ll arrange the test for her before she leaves the hospital.”

He said four of the staff of the BNP’s Gulshan residence who found positive for the virus during the second tests underwent the third tests and their reports came out negative. “So, we think she has already fully recovered from the virus.”

Dr AZM Zahid Hossain, another personal doctor of the BNP chief, said they want to complete all the necessary health check-up at the hospital before the BNP chief is discharged from the hospital since he has many health complications, including arthritis, diabetes, and eye and ophthalmological problems.

He said Khaleda was given some new medicines from Wednesday along with the previous ones as per the advice of the medical board formed at the Evercare Hospital for her treatment.

Asked when Khaleda may return home, Zahid said they will make a decision on it after reviewing all the reports of her medical tests.

Earlier on Wednesday, a 10-member medical board, headed by Prof Shahabuddin Talukder, was formed for the treatment of Khaleda at the Evercare Hospital a day after her admission there for a thorough health checkup.

Khaleda Zia tested positive for Covid-19 test on April 10 as eight people at her residence were infected with the virus.

She underwent the second Covid-19 test on April 24 and her report was positive.

Amid the coronavirus outbreak, the government freed Khaleda Zia from jail for six months through an executive order suspending her sentences on March 25 last year.
She was released from the prison cell of Bangabandhu Sheikh Mujib Medical University (BSMMU) the same day, and she has been staying at her Gulshan house since then.

On August 27 last year, the government extended her release for six more months and it was extended again for six months on March 15 last.

On February 8, 2018, Khaleda was sent to the Old Dhaka Central Jail after a lower court sentenced her to five years’ imprisonment in Zia Orphanage Trust corruption case. The High Court later doubled her jail term.

Khaleda was found guilty in another corruption case the same year. Her party claims both the cases are politically motivated.