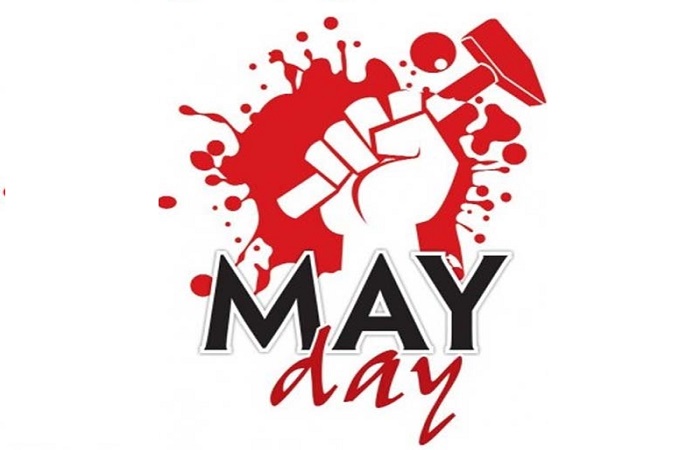 State Minister for Labour and Employment Begum Monnujan Sufian today extended greetings to all working class people on the occasion of the historic May Day to be observed tomorrow.

She extended the greetings in a press release issued here.

The historic May Day will be observed tomorrow in the country with the theme of this year “Malik-Sramik Nirbisesh, Mujib Borshe Gorbo Desh” (Irrespective of owners and workers, we will build the country in Mujib Year), said the release.

The day is being observed across the globe since 1886 commemorating the supreme sacrifices of the workers at Hay Market, Chicago, in the USA for eight-hour work day and upholding the rights of the working people.

To press home their demands, working people had to sacrifice their lives in tragic bomb attacks and police atrocities on May 1, 1886.

In 1889, the International Socialist Conference declared that in commemoration of the Haymarket affair, and to pay respect to the innocent victims, 1 May would be an international holiday for labour, now known in many places as International Workers’ Day.

Ever since then, May Day is observed as a holiday all around the globe.

In the wake of the coronavirus, all outdoor programmes relating to public gatherings have been postponed.

President M Abdul Hamid and Prime Minister Sheikh Hasina issued separate messages on the occasion of the historic May Day.

Marking the day, special supplement will be published in national and regional newspapers on behalf of the Labour and Employment Ministry while state-run Bangladesh Television and private channels will air special programmes upholding the significance of the day.

Key government buildings, intersections, crossings will be decorated and illuminated marking the day.