Mamunul violates me on “fake” promise of marriage: Jharna 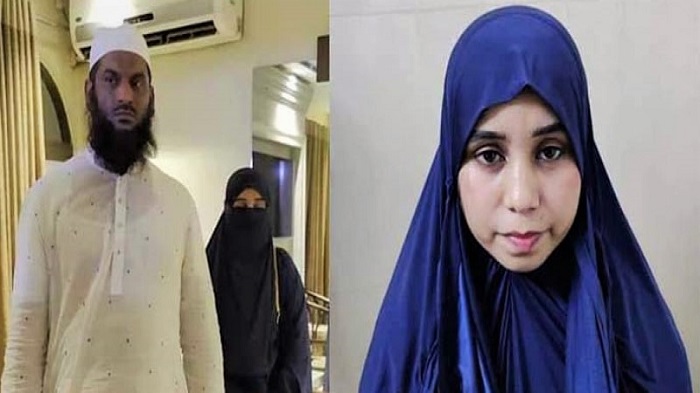 Taking to journalists, Jharna claimed that Mamunul gave her fake promise in order to fulfill evil desire. She made the statement after filing a rape case against Mamunul on Friday.

Earlier, Mamunul and Jharna made headline after being traced at Royal Resort in Sonargaon. They were confined to a room by locals.  During interrogation, Mamunul told journalists and police that Jharna is his second wife. Jharna also presented herself in line with his claim.

However, the claim of the duo seemed to be incredible to the countrymen that day.

The incident took a dramatic turn as Jharna After went missing. Law enforcers rescued her a few days ago.

Mamunul Haque is already behind the bar in connection with various sabotage and violence cases.

Rape of innocent women is rampant in the society. Irony of the fact is that hundreds of thousands of people blindly support the persons like Mamunul who abuse religion for personal gains.