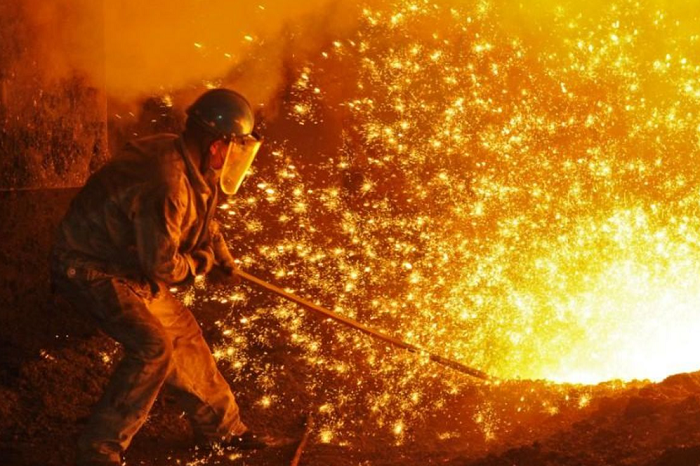 China slapped steel exporters with higher taxes on a range of products as authorities ramp up efforts to cut output and clean up one of the biggest carbon emitters.

Rebates on export taxes for some goods will be removed, and tariffs on some products raised starting May 1, the Ministry of Finance said on its website. Import fees on pig iron, semi-finished and scrap steel will be dropped.

The measures highlight an increased focus on servicing the domestic market and come as the country’s steel mills grapple with raw material costs that
have surged to historic highs.

China churns out half the world’s steel, and is the biggest exporter, but has vowed to reduce output in 2021 as part of a drive to contain carbon emissions from one of its dirtiest industries. The tax changes could alter global steel trade and tighten markets in the middle of a global boom.

While the tax changes may have some cooling effect on domestic prices, investors “remain very confident” about a tight Chinese steel market, analyst Lin Lin at CRU Group, said by phone. The volumes covered by these tax changes are small by comparison to China’s huge domestic output.

The existing levies on imported products were only 1% or 2%. For exported products — including everything from hot-rolled coil to some types of pipes and stainless steel — the removal of rebates means exports are subject to value-added tax.

Additionally, the Ministry said taxes will be increased on exports of pig iron ore and some ferro-alloys.

A global spike in steel demand has sent prices from China to North America climbing to multi-year highs, threatening to undermine Beijing’s push for lower output.

While that drive has centered on a swathe of production restrictions, including the hub of Tangshan, mills are instead boosting supply amid bumper
profits and on concerns that there may be more curbs to come.

The spike in steel production has also lifted iron ore to around a record. The tax changes will “reduce import costs, expand the import of steel resources and support the reduction of domestic crude steel output”, the Ministry said.

Steel joins other major industrial commodities in climbing, adding to concerns about inflation as China tries to keep its economy on track.

The country has flagged plans to strengthen controls on the raw materials market to help limit costs for companies.