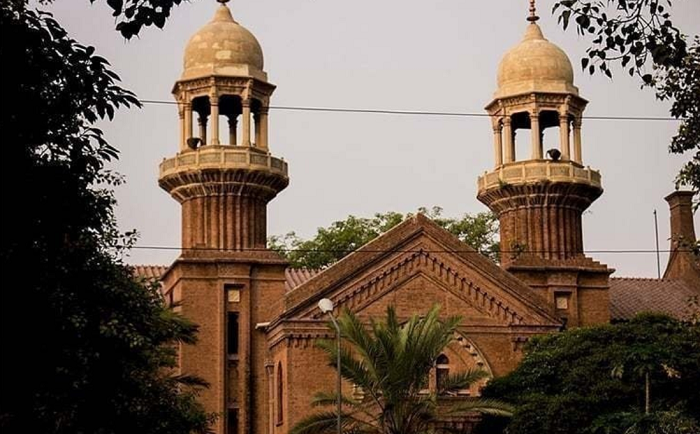 LAHORE: Lahore High Court Chief Justice Mohammad Qasim Khan on Wednesday lashed out at the Defence Housing Authority (DHA) for its involvement in “illegal” occupation of lands and regretted that the army seemed to have become the “biggest land grabber”.

The chief justice was hearing petitions of three citizens seeking an order against the DHA to not disturb their lawful possession of the land they had obtained on lease from the Evacuee Trust Property Board (ETPB).

CJ Khan regretted that the army had also grabbed a piece of land measuring 50-kanal owned by the high court.

The CJ said he would instruct the LHC registrar to write a letter to the chief of the army staff in this regard. He said the bar also remained indifferent to the issue.

DHA’s counsel Altafur Rehman Khan expressed his ignorance about the occupation of the high court’s land.

At this, the chief justice said the corps commander of Lahore could be summoned to verify the fact.

He observed that the uniform of the army was for service and not to rule as a king.

The chief justice said he did not say anything wrong about the army and Almighty Allah made him speak the truth. “The way the army occupies the properties of people is nothing but land grabbing,” he added.

Advocate Asif Imran Awan, the counsel for the petitioners, pointed out that no reply had been submitted to the petitions as the respondent/DHA belonged to the army.

Chief Justice Khan maintained that no one had ever dared refuse filing a reply in his court during his 11-year stay in the LHC.

“Do they appoint serving or retired army officers in the DHA?” he asked the counsel for the housing authority.

The counsel said retired officers of the army worked in the DHA. However, he said DHA administrator Brig Waheed Gul Satti was a serving officer.

“If CCPO feels any fear, ask him to send his IG instead,” CJ Khan said to the law officer.

CCPO Ghulam Mahmood Dogar appeared before the court as the chief justice resumed hearing after a break.

However, the DHA’s counsel informed the court that Brig Satti was in Islamabad for his appearance before the Supreme Court.

The chief justice directed the counsel to make the DHA administrator appear before the LHC on Thursday (today) along with complete record.

Justice Khan also asked the CCPO to better leave the job if he could not take any action against the illegal occupations by the DHA. He ordered the police officer to lodge an FIR if he received any application against the DHA.

The CJ observed that the army had an attractive post-retirement welfare plan for its officers, which other institutions like police and judiciary lacked.

“Is it only the army that makes sacrifices? Do other institutions like police, lawyers and judges not make sacrifices?” the chief justice posed a query.

Petitioners Zeeshan Mehboob, Raheel Tufail and Zulfiqar Hussain had got different chunks of land allotted on three-year lease from the ETPB for cultivation purposes in Mota Singhwala, Lidhar and Dera Chahal Mauzas near Bedian Road, Lahore.

A counsel for the ETPB also told the court that the petitioners were the lawful owners of the land in question.