China food security: why the nation’s ‘food crisis’ is more of a livestock feed challenge 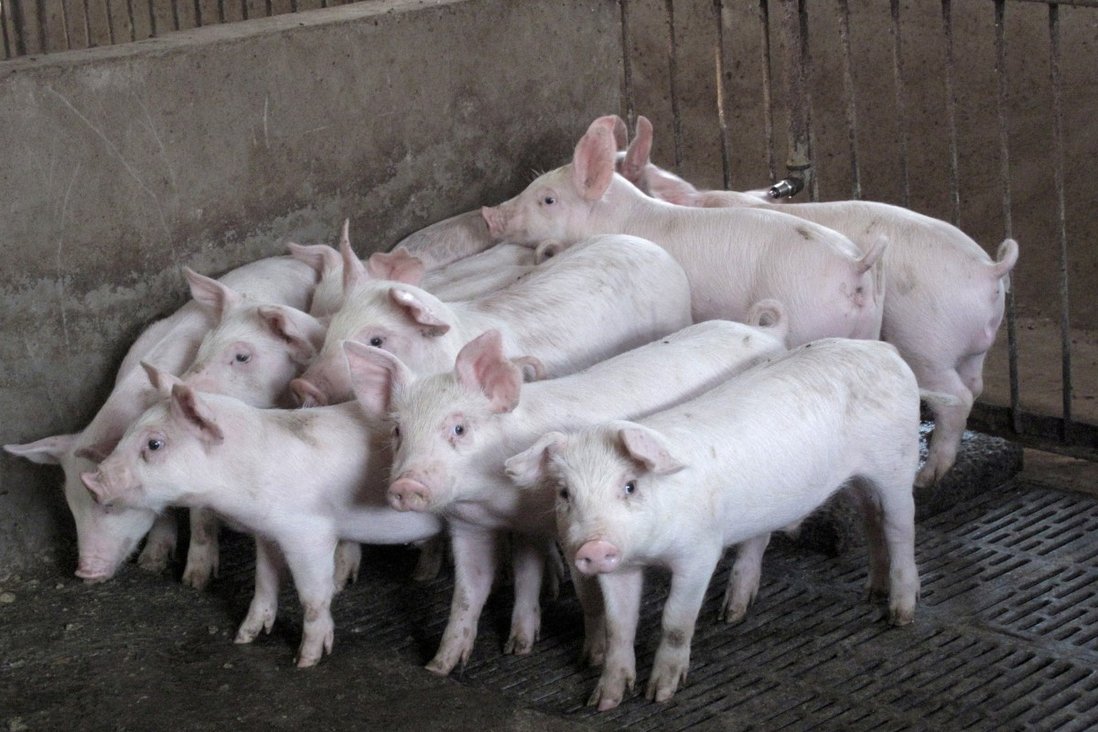 Debate is simmering in China about whether the nation is facing a food crisis.

Stoked by President Xi Jinping’s war on food waste, food export restrictions from some Southeast Asian nations amid the Covid-19 pandemic, and the inclusion of food security in the government’s 2021 work report – feeding the nation’s 1.4 billion people is back in the public eye.

But amid the headlines, analysts say the nuances of the discussion are being missed; it is less about food security, than feed security.

“The market and public have many misconceptions about China’s food security,” said Dan Wang, chief economist at Hang Seng Bank (China). “China is not facing an immediate or long-term threat of food shortages.

“Food security is in reality a feedstock problem, because China cannot produce enough feed grains such as soybeans to support its large and rapidly growing livestock industry and thus must rely on imports.”

As demand for meat, eggs and milk increases, the need for traditional animal feed such as soybean meal and corn rises with it.

The US Department of Agriculture’s office in Beijing estimated China’s corn imports for the 2020-21 marketing year hit a record of 28 million tonnes due to “continued feed demand and a supply deficit that supports restocking of reserves.”

The report, which is dated April 16, also projected China’s corn imports at 15 million tonnes over the same period.

Industry insiders forecast the corn demand situation will not change until late in the 2021 calendar year at the earliest.

While China has ample supply of staple grains like wheat and rice, food security has taken on a new dimension as the country has become more wealthy.

“For the younger generations, food security is different. They grew up in a more prosperous time where meat was more commonly assumed to be part of a meal. And this creates some tension,” said Darin Friedrichs, senior Asia commodity analyst at StoneX Group.

The issue has also been complicated by geopolitics. Deteriorating relations with the United States and external uncertainty stirred up by the pandemic have pushed China to be more self-sufficient, Friedrichs said.

“On the other hand, people have become accustomed to higher protein meals as the economy has developed,” Friedrichs said. “In the long term to sustain that type of diet and growth, China will ultimately need to import more.”

Last week, the Ministry of Agriculture and Rural Affairs published guidelines for a reduction of corn and soymeal in pig and poultry feed to “maintain the security of feed grain supply.”

Alternatives for corn range from rice to cassava to sorghum, while soymeal could be replaced by rapeseed meal, cottonseed meal and sunflower meal, among others, the ministry said.

Pig and poultry farms usually use 60 per cent corn and 18 per cent soymeal in feed, but several leading livestock farms have already switched to cheaper alternatives, reducing corn to zero and keeping soymeal below 10 per cent, according to Futures Daily, a state-backed agricultural newspaper.

If it can substitute 30 per cent of the corn with grain, then demand for corn will be reduced by 57 million tonnes, which will “significantly alleviate the corn deficit”, the newspaper said.

Still, there are doubts this type of substitution will make a real difference.

“It’s hard to see how this changes anything. If it was economical to switch to barley and rapeseed meal for rations, then firms would have already done it,” said Friedrichs.

“And if it is not, this plan is just a suggestion and doesn’t force any company to change what they’re feeding.”

Another factor complicating China’s self-sufficiency drive is that the livestock industry relies on foreign germ plasma, genetic tissue from which pigs and cattle are bred and is typically imported from Australia or Europe at high prices.

This year’s government work report emphasised the need for a biotechnology breakthrough to improve China’s animal and seed germ plasma, and reduce dependence on foreign technology.

“What’s seizing us by the throat is not semiconductors, but farm livestock breeding,” China Futures, a state-owned financial and commodity futures brokerage service provider, said in a recent report.

More than 95 per cent of China’s live pigs come from three, fast-growing foreign breeds that can be slaughtered in about six months. But their rapid growth requires high energy and high protein feeds such as corn and soybean.

That leaves China in a bind: both pig breeds and feeds are subject to control by European and US governments.

In comparison, China’s locally bred pigs need a feeding cycle of seven to 10 months – some more than a year – and these domestic breeds can be fed with a variety of feed sources, which help reduce the dependence on corn and soybean, said China Futures.

To boost self-sufficiency, China has invested heavily in genetic modification to develop new varieties of animals and plants.

From 2008-20, total national investment in R&D for genetic modification was 24 billion yuan (US$3.7 billion), but none of this has reached commercialisation or had broader application, said Wang, of Hang Seng Bank (China).

“Chinese firms once hoped to improve domestic seed research capabilities through acquiring overseas companies, such as Sinochem’s acquisition of Syngenta and Longping High-Tech’s acquisition of Dow’s corn seed business in Brazil,” she said.

“However, with the deterioration of China-US relations, the US and its allies began to restrict China’s acquisition of their hi-tech firms, including biotech firms.”

In response to external hostility, China has rolled out its “dual circulation” strategy that aims to boost self sufficiency by leveraging domestic resources and supporting innovation among businesses, universities and other research institutions.

In March 2019, China also launched a soybean revitalisation plan to encourage farmers to replace crops such as corn with soybeans through state subsidies. But it did little to change China’s reliance on imports of the legume. The shift to soybean farming has also reduced corn supply and pushed prices for the cereal grain to a five-year high.

Faced with high corn prices, Heilongjiang – China’s biggest soybean producing province – announced this month it would increase the area planted with corn this year to 6 million hectares, and reduce soybeans by 660,000 hectares to 4 million hectares.

With corn prices surging more than a third in the past year, following a drop in output and state stockpiles, China started importing more to compensate for the domestic deficit.

In 2020, as China’s pork industry began to expand after being decimated by African swine fever, grain imports soared to record high. The nation imported a record 100 million tons of soybeans, 25.8 per cent of which were from the US, official customs data shows.

China, the world’s top agriculture market, also imported a record 11.3 million tonnes of corn, an increase of 135.7 per cent over the same period of the previous year.

The purchase volume exceeded the country’s annual quota for the first time, which was set at 7.2 million tonnes. About 65 per cent of imported corn is used for feed, according to the official Xinhua News Agency.

There are no signs yet of a slowdown in demand for feed grain, as businesses and farmers are still restocking and expanding pig farms.