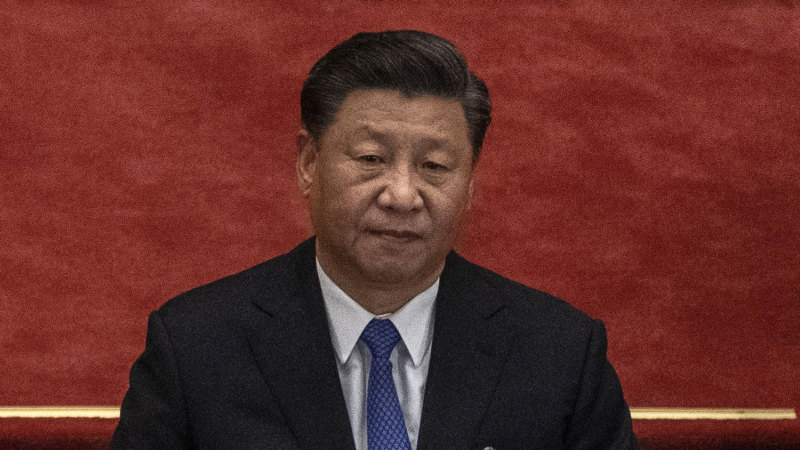 Last week, the Chinese Communist Party (CCP) revised its history again. Since 1999, the party has made these revisions once every decade, airbrushing out leaders who crossed the line, blanking out certain incidents from public memory and putting its own gloss on major events.

The latest version, released earlier this month, was timed to coincide with the 100th year of the party’s founding. This new edition of the party’s history endorses the policies of Xi Jinping, reinforcing other efforts to enhance his image as he prepares to secure a third term at the helm of affairs at the next party Congress in 2022. This is unprecedented as, since 1980, no Chinese leader has held the country’s top positions for a third term.

Although indoctrinating entire generations with sanitised versions of events has always been important to authoritarian regimes, this is probably the first time that the party has simultaneously launched a year-long campaign for the nationwide study of its new history.

Everyone in the 92-million-strong party, as well as all members of the People’s Liberation Army (PLA), is mandated to study this Brief History of the Communist Party of China. It will also be taught in all schools and universities across the country.

The importance of the new history can be gauged from reports, articles and commentaries that appear every day in the People’s Daily, the party’s official newspaper, as well as from the extensive coverage by media. On March 31, before the revision was announced, the party’s leading theoretical fortnightly journal Qiu Shi (Seeking Truth) reproduced a hitherto unpublished speech by Xi on the importance of studying party history. In his speech, delivered on February 20, Xi specifically listed eight important points for study.

The Brief History and the study campaign also have political significance. They promote Xi’s image and elevate him to a position at par with Mao Zedong and Deng Xiaoping, China’s most important Communist leaders. They reinforce the narrative, pushed since 2013, that China under Xi has embarked on another 30-year era like those of Mao and Deng.

Among the important differences between the old and new versions is the reduced emphasis on Mao’s era. While the older version had three or four chapters on Mao’s 30-year era, the new edition encapsulates it in only two. Further, the older version extensively examined the decade-long Cultural Revolution -- the period of national turmoil from 1966 – and discussed it in one lengthy 11,000-word chapter, holding Mao responsible for the “serious disaster”.

The new version appears to absolve Mao of the Cultural Revolution’s excesses, has shrunk references to it to just one page, and makes no mention of party rectification, the anti-Rightist struggle, the Great Leap Forward, or the overthrow of the Gang of Four. Instead, it says the internal turmoil was not caused by Mao but rather because many of his ideas for building socialism were not thoroughly implemented.

In fact, it credits Mao with exploring new ways to fight corruption, special privileges and red tape within the party and the government, indicating its hardening stance under Xi.

The new version predictably takes a more hawkish and nationalistic approach to major events, thereby, endorsing Xi’s aggressive foreign policy. Writing on the day of the new history’s release, the Hong Kong-based Apple Daily said that while the older edition emphasised Deng Xiaoping’s low-profile approach to diplomacy, the new version highlights the party’s heightened efforts to deal with western sanctions. It recalls that in November 1989, well after the West imposed sanctions on China following the bloody Tiananmen Square crackdown in June 1989, Deng told then United States (US) president Richard Nixon that the Chinese people would “never beg for the cancellation of the sanctions” even if they dragged on for 100 years.

Xi’s bid for a third term may, however, not be without any serious hiccups. The resentments among a wide cross-section of people lingering since last year and exacerbated by the Covid-19 pandemic, may resurface nearer the party Congress.

Jayadeva Ranade is a former additional secretary, Cabinet Secretariat, Government of India, and is presently president of the Centre for China Analysis and Strategy.