First coronavirus vaccine for children could be approved in June 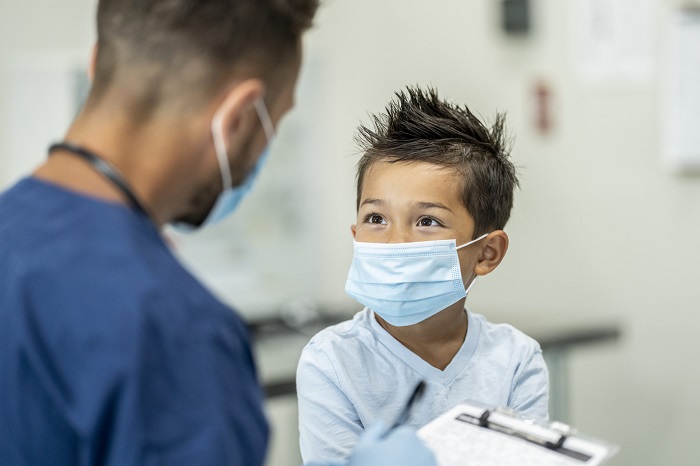 The first coronavirus vaccine for children could be approved as soon as June, according to the chief scientist behind the Pfizer jab.

Pfizer has already submitted a modified dose of the vaccine for approval for children aged 12 and over in the US, and plans to submit it to the European Medicines Agency (EMA) for approval in the European Union next week.

“It is very important to enable children to return to everyday school life and to meet family and friends.”

Prof Sahin said US test studies have shown that the vaccine is well tolerated in children aged 12 and over and generates a high antibody response, offering 100 per cent protection from Covid-19.

“These encouraging results indicate that children are particularly well protected by the vaccine,” he said.

While the vaccine is currently only authorised for adults in the UK and EU, it is already approved from the age of 16 in the US.

BioNTech has already submitted the new version for over-12s for approval in the US and hopes to submit it to the EMA as soon as next Wednesday.

There is no date yet for when Pfizer plans to submit it to the Medicines and Healthcare products Regulatory Agency (MHRA) for approval in the UK, but it is expected to do so in the coming weeks.

The approval process typically takes a few weeks, and if all runs smoothly the first jabs could be given to children in the US and EU as soon as June.

However, approval is not guaranteed. Testing is particularly rigorous before vaccines are approved for children, who can react differently because their bodies are still developing.

The makers of all four vaccines currently approved in the EU - Pfizer, Moderna, AstraZeneca and Johnson & Johnson -have agreed plans on the extensive testing that would be necessary before they can be approved for children.

Vaccines are typically approved cautiously by age, with the effects in over-12s monitored before they are given to younger children.

Tests are already underway on the effects of the Pfizer vaccine on younger children, with initial results expected in the 5-12 age group in July, and in children aged from six months to four in September.

“If all goes well, as soon as the data have been evaluated we can submit applications for approval of the vaccine for children of the relevant age group,” said Prof Sahin.

The Pfizer vaccine was the first to be approved in the UK, US and EU, and Prof Sahin and his wife, Özlem Türeci, who also worked on its development, have been hailed as heroes in Germany.

Both of Turkish descent - Prof Sahin was born in Turkey and moved to Germany at the age of four - they have been feted as an immigrant success story.

In January, weeks after the vaccine was approved for adults, Prof Sahin and Dr Türeci set their team a new goal: to develop and test a safe version of the vaccine for children before next winter.

While herd immunity among adults may be enough to contain the virus, Prof Sahin was concerned about the risk that a variant dangerous to children could develop.

Recent studies in Germany have suggested children could suffer long-term psychological effects from the coronavirus lockdown.

A study by Hamburg University found a third of children between the ages of 11 and 17 suffered from depression during lockdown, and 44 per cent suffered from insomnia.