Those involved with sabotage were arrested, not Alem-Olama: Quader 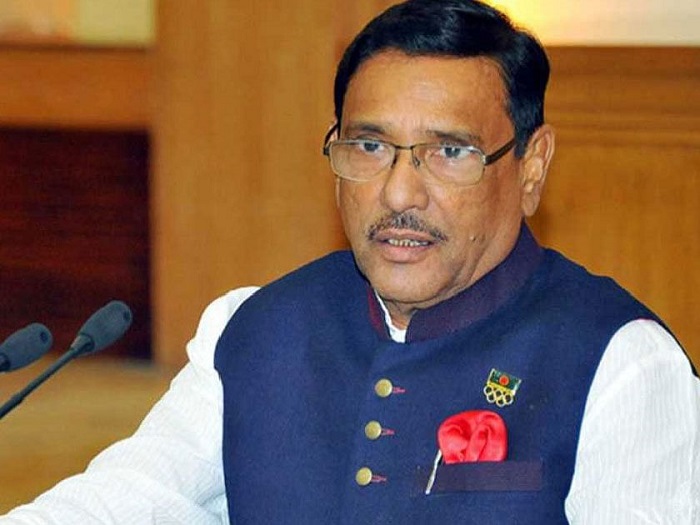 Road Transport and Bridges Minister Obaidul Quader said arrests were not made targeting any Alem-Olama or political party, rather those involved with arson attacks, sabotage and terrorism have been arrested after scrutinizing video footages.

“Law enforcement agencies arrested those involved with arson attacks and terrorism on specific charges after scrutinizing video footages. Arrest was not made targeting any Alem-Olama or even BNP leaders. There is no scope to create imaginary story over the incident,” he said.

Quader, also Awami League General Secretary, was addressing a view-exchange with officials of BRTC and BRTA, Chattogram Zone on virtual platform from his official residence in Dhaka.

He said it is now clear like broad daylight that BNP is making their evil attempts to create imaginary, fabricated stories through their comments and statements over the mayhem carried out in Dhaka, Hathazari, Chattogram and Brahmanbaria to save the terrorists.

The minister said the way of going to power riding on the path of conspiracy by launching incidents like August 15, November 3 and so-called November 7 and August 21 has been over.

“Now there is no alternative to election in going to power. So, they (BNP) will have to wait for the next election,” he said.