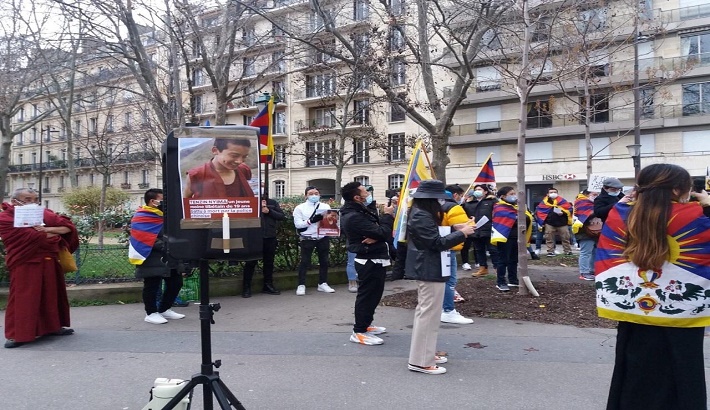 Students for Free Tibet-France organised a protest demonstration in Paris on Sunday against China's continued detention of the 11th Panchen Lama.

On the birth anniversary of the 11th Panchen Lama, Gedhun Choekyi Nyima, who was recognised by the Dalai Lama in 1995, as many as 300 protesters gathered at the Place de la Republique demanding his release.

French Senator Andre Gattolin, who is also the Vice President of the Inter-parliamentary alliance on China, was also present at the protest.

The protesters called on the international community to stop the violence against the Tibetan people and cultural genocide perpetrated by China.

Tibet is ruled by the Chinese Communist Party government based in Beijing, with local decision-making power concentrated in the hands of Chinese party officials.

Tibet was a sovereign state before China's invasion in 1950 when the People's Liberation Army (PLA) entered northern Tibet.