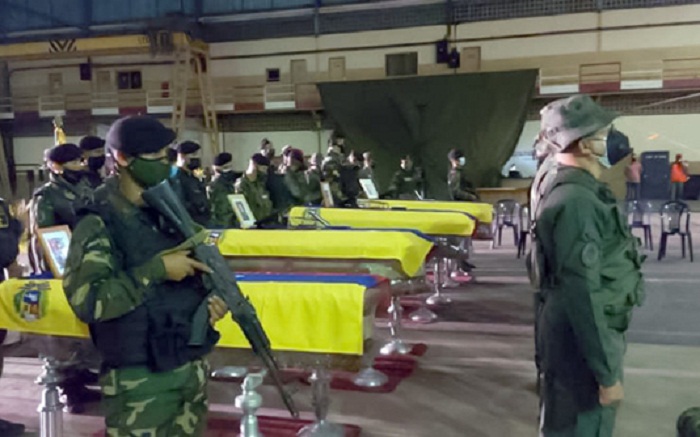 Eight Venezuelan soldiers have been killed in clashes with armed groups operating on the Colombian border, doubling the toll since an offensive against the combatants started in March, the defense ministry in Caracas said Wednesday.

The ministry announced the names of the soldiers without providing further detail, two days after it reported fierce fighting with “irregular Colombian armed groups” that resulted in a “significant number” of casualties.

Defense Minister Vladimir Padrino Lopez took to public television to extend the government’s condolences to the families of the soldiers he said were “fulfilling the oath to defend the homeland to their last breath.”

However security sources in Colombia say they are likely dissidents of the now-disbanded Revolutionary Armed Forces of Colombia (FARC) rebel group, an analysis Venezuelan President Nicolas Maduro has conceded was possible.

The FARC signed a historic peace agreement with Bogota in 2016 to end half a century of armed conflict.

Diplomatic relations between the neighboring South American nations have been nonexistent since Colombia joined the United States and other countries in recognizing opposition leader Juan Guaido as Venezuela’s president in 2019.