Beijing slams Australia over Taiwan remarks, tells it to abide by one-China principle 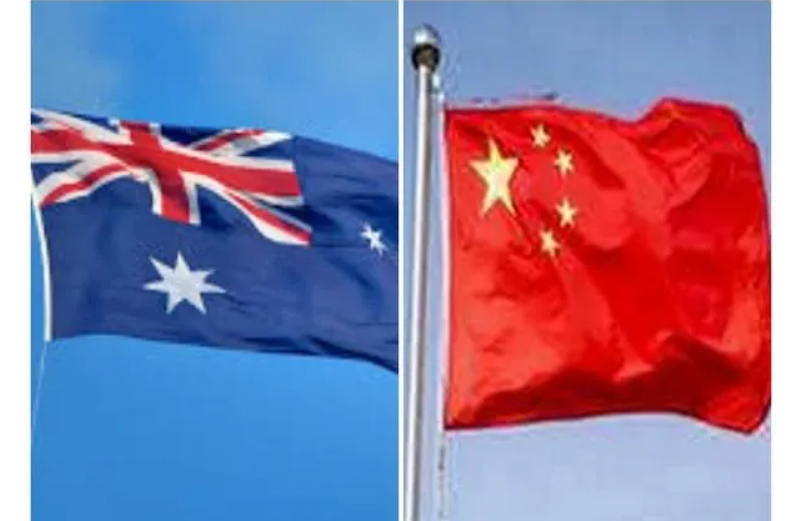 China on Monday lashed out at the Australian government over its remarks that conflict with Beijing over Taiwan should not be discounted.

Beijing said that it hopes that the Australian side will fully recognise the high sensitivity of the Taiwan issue, abide by the one-China principle, South China Morning Post reported.

"It is hoped that the Australian side will fully recognise the high sensitivity of the Taiwan issue, abide by the one-China principle, be prudent in words and deeds, refrain from sending any false signals to the separatist forces of Taiwan independence, and do more things to benefit the peace and stability of the Taiwan Strait and Sino-Australian relations," Wang Wenbin, a Chinese foreign ministry spokesman, said on Monday.

On Sunday, Australian Defence Minister Peter Dutton told the Australian Broadcasting Corporation that conflict with Beijing over Taiwan "should not be discounted".

Dutton said that while the Australian armed forces maintained high levels of preparedness to meet any threats to its allies, Canberra would work to try to maintain peace.

This comes as tensions between China and Australia have escalated over a slew of issues.

Australia recently cancelled agreements to participate in China's Belt and Road Initiative, terming it as "inconsistent with country's foreign policy."

China has dubbed Australia's decision to scrap the controversial Belt and Road Initiative (BRI) agreement with Beijing as "unreasonable and provocative", warning that this would further "damage" bilateral relations.

Sino-Australian relations have been in a downward spiral since April last year when Canberra infuriated Beijing by proposing an independent international inquiry into the origins of the Covid-19 pandemic.

Canberra has been locked in an ongoing trade war with Beijing for several months, which has seen China slapping sanctions on various Australian products.