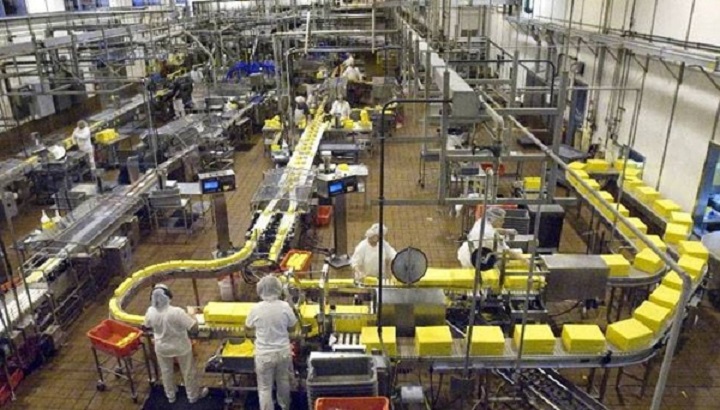 The “New Industrial Policy 2021-30” unveiled early this month by the government of J&K has provided further impetus to the sector, opening up the region to the world. — Courtesy file photo

Following the abrogation of the special status of India’s Jammu and Kashmir (J&K) and its division into two union territories, the industrial scenario has changed drastically in the region.

The “New Industrial Policy 2021-30” unveiled early this month by the government of J&K has provided further impetus to the sector, opening up the region to the world.

According to the new industrial policy, which has come into effect on April 1, 2021, all industrial units coming into commercial production from April 1 as well as the existing units undertaking substantial expansion, shall be entitled for incentives under this policy while the existing units eligible for incentives under the erstwhile Industrial Policy 2016 shall be allowed to avail the same under the old policy till March 31, 2026.

The new policy has a spending outlay of Rs.28,400 crore (Rs.284 billion), the largest incentive to date, on the industrial development of Jammu and Kashmir for the next 15 years. It is expected to generate an investment of Rs.20,000 crore (Rs.200 billion) and employment of 4.5 lakh (0.45 million) over the plan period.

This is the first block-level development project that intends to undertake the process of industrialization at the very grassroots level using the local resources, skill, and talent available domestically. The policy specifically promises an era of socio-economic development in the region, catering to the aspirations of the people of Jammu and Kashmir. There is no bar for outsiders to come and invest in the Union Territory.

According to the official figures, since the day J&K’s special status has been abrogated more than 40 companies have come forward with the investment proposals and the government has accepted more than 30 proposals up to the tune of Rs.1500 crore (Rs.15 billion). The companies that have come forward are from various fields like renewal energy, hospitality, defense, tourism, skill, education, IT and technology and infrastructure.

Recently, adviser to Lt. Gov. Baseer Ahmad Khan exhorted upon the officers to prioritize the aspirations of the entrepreneurs while putting in concerted efforts for making J&K the most investor-friendly Union Territory. He emphasized the need to encourage and facilitate people who want to join the wagon of the industrial sector in J&K.

“The land development and allotment policy has given a shot in the arm of the industries department and will pave way for a lot of activities in the industrial sector in the UT,” Khan had said.

In March 2016, the dispensation led by then J&K Governor N.N. Vohra had approved the industrial policy for J&K and had added a specific clause that stated: “In case of private promoters from outside (non-state subjects), JK SIDCO, SICOP may with the prior approval of the State Government acquire land through district collector on behalf of the private promoter with the cost of the land and the agency charges as may be determined provided in full by the promoter and lease it out on long term basis for 90 years (Initially for a period of 40 years, renewable at the option of the lessor for a further period of 40 years at a time provided that maximum period of the lease shall in no circumstances exceed 90 years) on mutually agreed on terms and conditions.”

But after the PDP-BJP coalition took over the reins of J&K, it withdrew the clause in the State Industrial Policy which allowed non-locals to acquire land on large scale in J&K for developing private industries. The clause was withdrawn after the separatist groups had announced to launch a campaign against the policy while the opposition had termed it a “direct attack” on the special status of J&K.

The then government had succumbed under pressure and withdrawn the provision. “In partial modification of government order...para 2.11.2 of Industrial Policy-2016 shall be deemed to have been deleted ab-initio,” the order had stated. Prior to Aug. 5, 2019, the separatists used to call shots in Kashmir. Their writ used to prevail. Whenever any plan for the development used to be put forward they used to threaten agitation and the rulers used to follow their diktats at the pretext of maintaining normalcy.

In May 2016 the then PDP-BJP government had directed the Deputy Commissioners across Kashmir to identify the land for setting up Sainik colonies (residential colonies for ex-army men and others allied with the armed forces). At that point of time, the separatists had accused the Peoples Democratic Party (PDP) led government of surrendering before the Bharatiya Janata Party (BJP), which was its coalition ally in J&K. Similarly the separatists threatened to cause a stir when the proposal for identifying the land to set up secured colonies for migrant Kashmiri Pandits was moved by the same government. This proposal was also put in cold storage by the then J&K regime.

Kashmiri businessmen welcomed the “New Industrial Policy 2021-30” soon after it was implemented in Jammu and Kashmir. The Federation Chamber of Industries Kashmir (FCIK) — an amalgam of top-notch industrialists in the Valley — while welcoming the new policy stated that it has infused hope among the entrepreneurs.

“The new industrial policy has included various new sectors in the positive list and focus sector. It has been expanded, includes tourism, hospitality, health, education, renewable energy etc. in addition to subsidy on gen-set to the tune of 45 lakhs & 60 percent on pollution devices. The 30 percent subsidy on quality certificates & automation also 50 percent subsidy on green environment protection initiative has been provided,” said, FCIK president Shahid Kamili.

The FCIK president appreciated the government for fixing a timeline of approval of cases at different levels. “This reflects the seriousness of the government in reviving industry in J&K. The turnover-based incentives and SGST reimbursement will ensure accountability and to promote genuine entrepreneurs,” he added. — Agencies