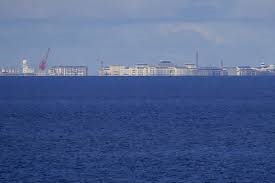 Beijing, China: as Beijing ramps up efforts to dominate the disputed waterway in South China sea, Vietnam is building up its maritime militia in the same waters.

The matter must be “taken seriously and dealt with in a timely manner”, it said.

Vietnam passed a law in 2009 that authorises its maritime militia to conduct sea patrols and surveillance and confront and expel intruding foreign vessels in defence of Vietnamese-controlled islands and reefs.

While the European Union has estimated that about 8,000 fishing boats and 46,000 fishermen are part of Vietnam’s maritime militia, the magazine said the latter figure could be over 70,000. When not catching fish, these trained militiamen took part in a range of missions, sometimes in cooperation with the Vietnamese navy, it said.

Vietnam recently opposed the amassing of Chinese fishing vessels in a disputed Asian sea and demanded that Beijing should cease its violations and respect Hanoi’s sovereignty.

“The activities of the Chinese vessels within the territorial sea around of Sinh Ton Dong (Grierson) in Viet Nam’s Truong Sa Islands violate Viet Nam’s sovereignty and the provisions of UNCLOS (United Nations Convention for the Law of the Sea),” the Hanoi spokesperson added.

Last month, the Philippines announced the deployment of additional navy ships to the South China Sea after over 200 Chinese vessels were spotted in the Whitsun Reef. Later, the Philippines also filed a diplomatic protest over the issue.

China has been increasing its maritime activities in both the South China Sea and the East China Sea over the past few months, partly in response to Beijing’s concerns over the increasing US military presence in the region because of escalating Sino-US tensions.

Beijing’s rising assertiveness against counter claimants in the East and South Sea has resulted in unprecedented agreement across the Indo-Pacific.