Limited banking hours until 5 May 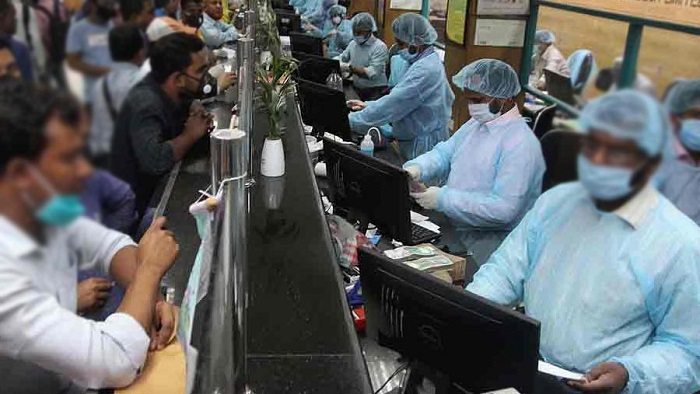 Limited banking hours from 10am to 1pm have been extended until 5 May, as have the ongoing movement restrictions.

The central bank's Department of Off-Site Supervision (DOS) issued a circular in this regard on Wednesday.

The circular said that in light of the Cabinet Division notification on 28 April, limited banking services have been extended.During the movement curbs, non-bank financial institutions (NBFIs) will remain open from 10am to 2pm.

Banking operations on a limited scale have been on since 14 April, except for weekends and public holidays. Bankers can stay in the office until 2.30pm for back office work.

In a circular on 13 April, the central bank said bank headquarters, authorized dealer branches and district-level head offices will remain open during the movement restrictions.

Also, one branch (if the authorized dealer branch is not open) will remain open every two kilometres in city corporation areas. At the upazila level, a single branch of a bank will remain open on Sunday, Tuesday, and Thursday.

Apart from this, branches, sub-branches, and bank booths in the vicinity of sea, land, and airports will remain open. Port authorities and local administration are to take appropriate measures in enforcing health safety guidelines.

For NBFIs, one branch in the capital and another office outside Dhaka will remain open until 5 May.

The Bangladesh Bank instructed banks to continue operations with a limited workforce and to ensure transport for bank staff.

On 22 April, the central bank said if banks are unable to arrange transportation for their staff, they are to pay a travel allowance to their staff. The banks were told to pay the allowances on account of the additional travel costs due to movement restrictions.

They also instructed banks to keep enough cash in ATM booths and the daily withdrawal limit from ATMs has been increased from Tk50,000 to Tk1 lakh.