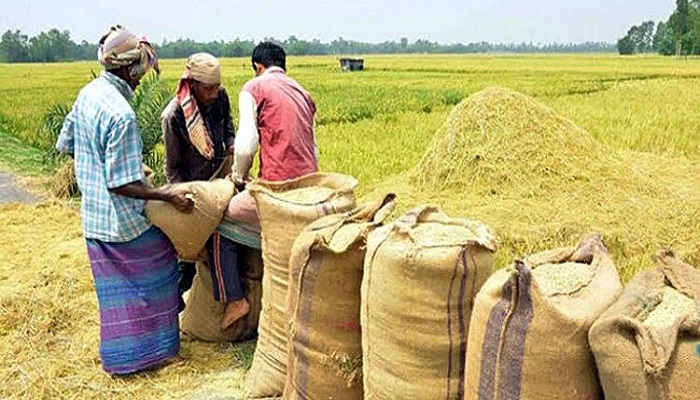 The government on Wednesday started the procurement of Boro paddy and rice across the country.

Food Minister Sadhan Chandra Majumder inaugurated the nationwide procurement of Boro paddy through a videoconference at 11:30am.

Boro paddy is being procured directly from farmers at Tk 27 per kg.

The boiled rice is being procured at Tk 40 per kg, while the non-boiled one at Tk 39 per kg.

The Food Minister directed the officials and employees concerned to be careful so that no farmer would be subjected to any sort of harassment going to provide paddy to godown.

He also asked them not to compromise with the quality of paddy and rice during this procurement.

Sadhan Chandra asked all concerned to expedite the Boro collection following health hygiene rules, including social distancing and masking up.

The minister asked them to fix the problems of farmers with due importance during registration through apps in the upazilas where the app registration system has been introduced to procure paddy.

Food Secretary Dr Mosammat Nazmanara Khanum, Food Director General Sheikh Muzibar Rahman and other high officials from the ministry and the Directorate General of Food were connected with the virtual inauguration.