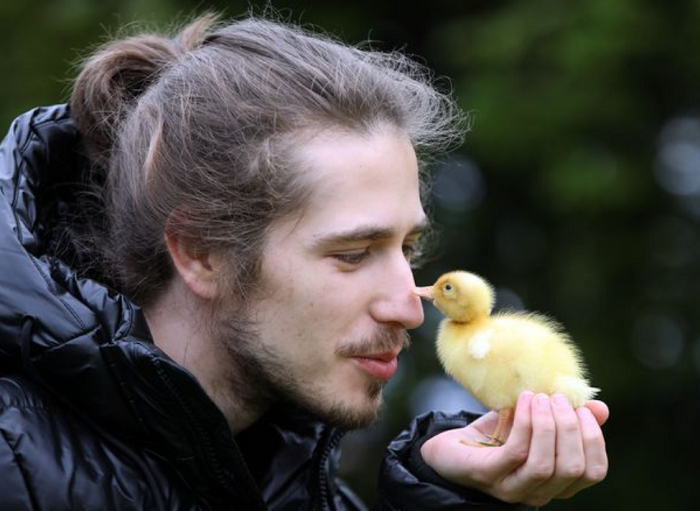 A former trainee vet was left gobsmacked after a live duckling hatched from a supermarket free range egg following an incubator experiment.

Inspired by TikTok videos, Cameron Williams bought a box of six duck eggs from Waitrose and put them all in an incubator he got off Amazon.

The 24-year-old singer and theatre director, from Bagillt, Flintshire, was convinced the experiment would prove to be a "load of rubbish" but after 28 days was shocked to see cracks forming in one egg.

And after 48 hours of hatching, the baby duck emerged live and well, reports North Wales Live.

Cameron doesn't know if his new pet is male or female and has been alternating between calling it Walter and Rose, after the supermarket.

He said: "I bought a fairly expensive incubator off Amazon after seeing a couple of videos on TikTok of people doing the same and didn't believe it, I thought it was a load of rubbish.
"After the incubator arrived, I headed over to the closest Waitrose and bought a pack of Clarence Court duck eggs.

"I placed all of the eggs in the incubator but after a week, I checked all eggs using a method called 'Candelin'.

"There's a lot of work involved. It's not like I could go out for the day and leave the duck to it.
"Fortunately the incubator was automatic so this turned the eggs over, for the right amount of time but the process wasn't as easy as I'd imagined.

"The hatching was very nerve-wrecking and daunting, they say you're supposed to leave them to break through the egg themselves, but I did help it along a bit as it looked like it was having a struggle."