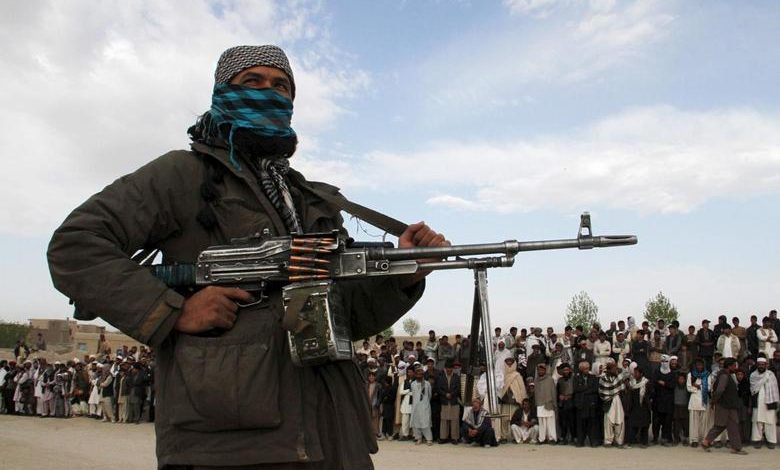 On February 22, four social workers were shot dead by unidentified mask men. According to media reports, five women along with their driver were going in their vehicle in Ippi village of North Waziristan. After the attack, assailants fled the scene.

The police told the media that the dead bodies have been shifted to Tehsil Headquarters, while a woman and driver got injured, who were shifted to the same hospital. Right after the attack, the KP Inspector-General of Police Sanaullah Abbasi ordered a report on it. “Police have been ordered to arrest the suspects immediately. Those involved in the incident will be punished,” Abbasi said.

Meanwhile, the Human Rights Commission of Pakistan condemned the attack and expressed its reservations. “The re-emergence of terror groups in the area is a matter of grave concern. It is the responsibility of the authorities to protect the lives and property of citizens at all costs,” HRCP said in a statement. It is pertinent to mention that this is not a single incident in recent times, as the former Federally Administrated Tribal Area (FATA) has seen a constant rise in incidents of attacks on security personnel and government employees in the region.

The point has been raised by Pashtun Tahaffuz Movement’s (PTM) MNA Mohsin Dawar. While talking about the attack, Dawar said that “terrorists are once again organising themselves in the tribal districts.” The lawmaker further said, “Only a day before the killing of the women in a village near Mirali, 10 people, including government officials and a lawyer, had been kidnapped from the same locality.” Dawar also called for a thorough debate in the parliament over the issue. Meanwhile, other parliamentarians also condemned the attack and highlighted the issue of the resurgence of militants in the region, especially Tehreek-e-Taliban Pakistan (TTP).

There have been reports of TTP resurgence in the region. Although FATA has been merged with Khyber Pakhtunkhwa (KP) and now officially is part of the province, analysts say the shift in the administration, implementation of the new system and most importantly lag from political and security forces have led to the re-emergence of the militant organization. TTP faced heavy casualties as its organizational structure was destroyed by US drone attacks and Zarb e Azb military operation by Pakistan Army after the 2014 APS attack.

Even so, since the appointment of a new head of TTP, the militant group has reportedly made strides in regrouping. The group nominated Noor Wali Mehsud as its leader in 2018 after the drone killing of Fazlullah in Kunar, Afghanistan. Counterterror observers say Mehsud is different from the previous leadership of TTP, as he is also a religious scholar, author of a book, ideologue and a former political worker, which means that he has political exposure. Experts say since Noor Mehsud’s arrival, TTP has now become a more ethno-centred and religiously focused organization.

The group has started published a magazine Mujallah Taliban to propagate its ideology and position on different issues. Amid all this, TTP has kept a focus on targeting the female population. The group’s radicalization mechanism in this regard is being done through another magazine, Sunnat-e-Khaula. Hence, in addition to security personnel and government employees, the organization is targeting female social workers.

According to a report, 195 militant attacks were conducted in Pakistan in 2020. Even though this was a 38% decline as compared to 2019, however, alarmingly, 95 of these attacks were conducted by religiously inspired militant groups. The report published PIPS, an Islamabad based think-tank, said that despite the decline, “challenge of religious extremism continued to manifest in 2020”. The report further said the KP saw the most attacks, where 79 such incidents happened with 31 in North Waziristan alone, claiming 100 lives and injuring another 206 people. Meanwhile, security forces conducted 47 anti-militant operations in 2020 as compared to 28 in the year before.

The above-mentioned reports and data show that TTP is surely resurging in the former FATA region and this time with a new ideology and manifesto. And much of the menace is visibly being directed towards women in Khyber Pakhtunkhwa, especially the tribal areas.

The author is a writer and journalist