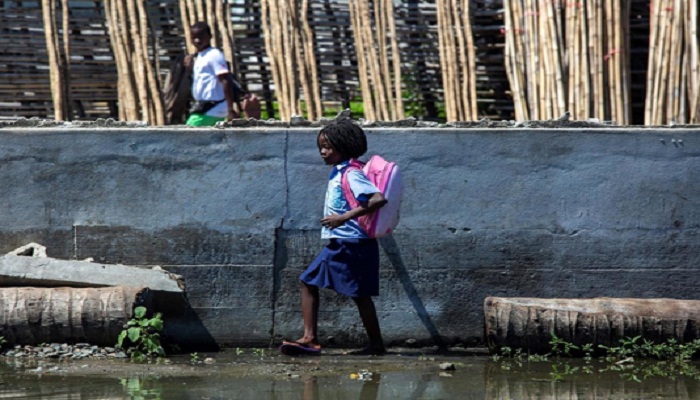 Ambitious climate policies could reduce extreme poverty in developing countries if governments opted for robust taxes on emitters that were then fairly distributed to help the poor, new research showed Tuesday.

Authors of the study said the results showed that policymakers were facing a false choice between climate change mitigation and poverty reduction.

Since fossil fuels and agricultural chemicals such as fertilisers are so heavily subsidised, any attempt to remove taxpayer support to these unsustainable practices frequently prompts fears of higher prices for consumers.

Industry lobbyists also argue that cheap sources of energy such as coal have a role to play in expanding access to electricity in developing countries.

Researchers at the Potsdam Institute for Climate Impact Research (PIK) used computer models to predict how levels of global poverty might be affected by various interventions aimed at limiting global warming.

They found that the world was on course to have around 350 million people living in extreme policy — i.e. on less than $1.90 a day — by 2030, far short of the UN goal to eradicate extreme poverty by the end of the decade.

The authors noted that this figure did not factor in the economic disruption caused by the pandemic, or the adverse effects of climate change.

They then modelled in ambitious climate policies consistent with the 1.5C temperature goal of the Paris Agreement, and found that this could increase the number of people living in extreme poverty by an additional 50 million.

But when they modelled in equitable redistribution of national carbon price revenues — which would see poorer, and therefore lower-polluting sections of society receive money accrued from richer polluters — they found that this could compensate for the other effects of climate mitigation.

They even found it slightly reduce the number of people living in poverty — about 6 million fewer by 2030.

“Yet they can also imply increased energy and food prices. This could result in an additional burden especially from the global poor, who are already more vulnerable to climate impacts.”

Soergel said that governments could combine emissions prices with international redistribution of the revenues they generated — a sort of “climate dividend”.

“The revenues are returned equally to all citizens, which turns poorer households with typically lower emissions into net beneficiaries,” he said.

The authors suggested a scheme of international climate finance transfers from high-income to low-income countries to offset the additional burden poorer nations face in seeking to limit climate change.

Just five percent of emission pricing revenues from industrialised nations would be enough to more than compensate for the policy side effects of climate mitigation in Sub-Saharan Africa, according to the study.