Mahmudullah, Shakib and Liton set to feature in PSL 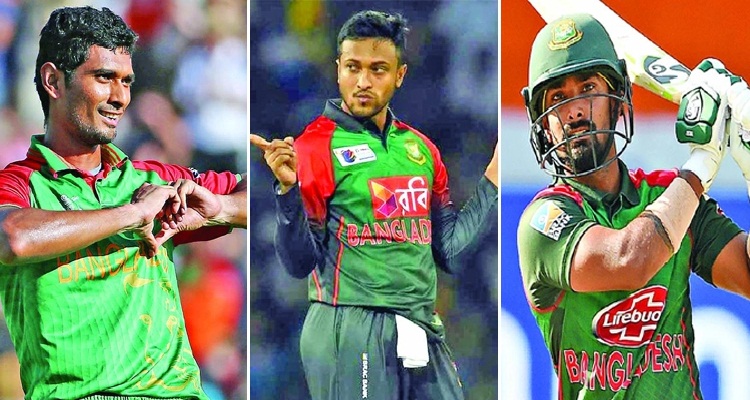 Veteran Bangladeshi allrounders Mahmudullah Riyad, Shakib Al Hasan and wicketkeeper-batsman Liton Das are set to feature in the resumption of this year's chequered Pakistan Super League (PSL), a T20 league organized by Pakistan Cricket Board (BCB), as the replacement players.

These three Bangladeshi players are among the 19 overseas players who have been picked up by the PSL teams from the replacement draft. The other players are from Australia, West Indies, South Africa, Sri Lanka and New Zealand.

Right-handed allrounder Mahmudullah will represent Multan Sultans in the remainder of the PSL. He had previously played for Quetta Gladiators in this event.

Liton, on the other hand, is all set to play for Karachi Kings. It’ll be his second appearance in a foreign league. He previously played for Jamaica Tallawahs in Caribbean Premier League.

While Shakib is busy in IPL, Mahmudullah currently at home and Liton is touring Sri Lanka with the Bangladesh team to play a two-match Test series against the hosts.

There are a total of 34 matches in PSL and 15 of them have already been played. The remainder of the league will resume from June 1 and will run to June 20. All the matches will take place at the National Stadium, Karachi.