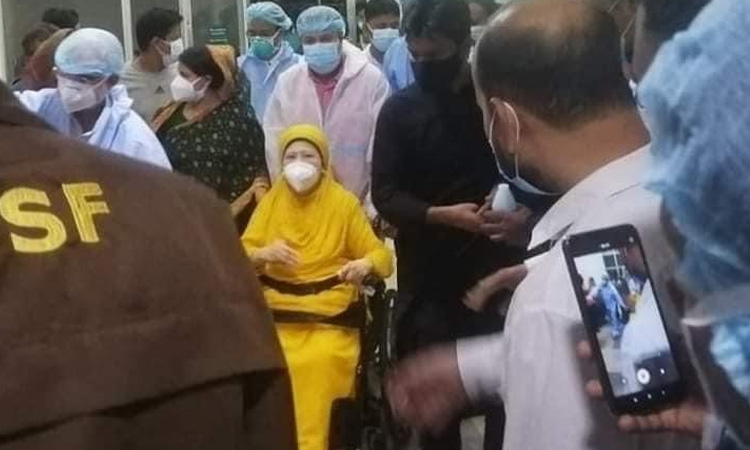 BNP Chairperson Khaleda Zia, who is still not free from Covid-19 infection, has been admitted to Evercare Hospital in the capital.

She will undergo a number of medical examinations, including a  CT scan, in the hospital.

He said Khaleda Zia was admitted to the hospital not because of her Corona infection but for other physical complications. And some necessary tests will be done for the BNP chairperson.

Sources at BNP said Khaleda Zia was taken to hospital around 10:00pm on Tuesday.

Prof Dr FM Siddiqui, Prof AZM Zahid Hossain and Dr Mohammed Al Mamun were present in the hospital among the medical team members for the treatment of Khaleda Zia.

Earlier on April 14, the BNP chairperson was taken to the same hospital for a CT scan test. Physicians later informed that they found some infections in her lungs.

On April 24, Khaleda Zia was tested for the second time and her Corona report came positive. Her doctors, however, stated that no symptoms of the virus were found in her body.