Paypal to come next year 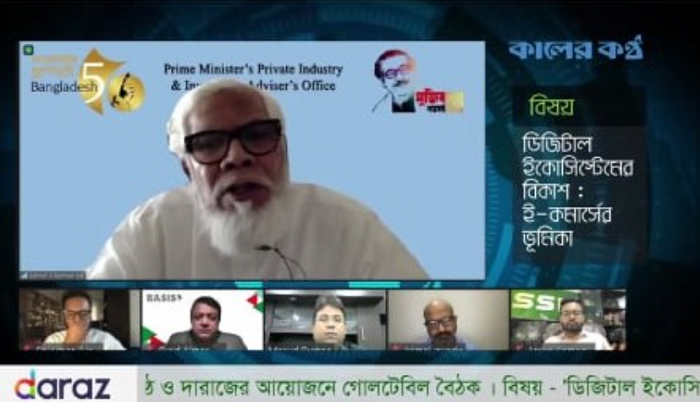 The government has eyed a national taskforce for ecommerce to develop a digital ecosystem for small and medium entrepreneurs in rural areas, a top policy maker said.

Addressing a webinar on Tuesday, Prime Minister’s Advisor Salman F Rahman mentioned that that the intermigration of global payment solution like PayPal is important for Bangladeshi platforms to flourish the cross-border ecommerce.

“Paypal authorities have promised government to bring the service next year. However, we want to early entry of the global system within this year,” he said.

Member of Parliament Salman F Rahman was chief guest while Kaler Kantho Editor Imdadul Haq Milan made address of welcome on the occasion.

Salman F Rahman said the government is working to improving the indicators of easy of doing business as 90 percent of services are now delivered online.

“There are many challenges in lower level of the organanogram. The digitalization helps to reduce the corruption. We are working to address all the challenges in ecommerce including logistic and payment system,” he added.

Kaler Kantho Editor Imdadul Haq Milan said the ecommerce companies have to concentrate on expanding the network to rural areas as most of the services are yet to confine into urban communities.

BASIS President Syed Almas Kabir recommended for leveraging the existing infrastructure of government like post offices to expand the ecommerce services to the last mile populations.

E-Cab President Shomi Kaiser said the Bangladeshi ecommerce companies have transacted around Tk 160 billion in 2020 and 35 ecommerce-focused logistic firms reached the products to the rural areas.

MFS operator BKash CEO Kamal Quadir told the meeting that Bangladesh Bank has approved a benchmark decision to allow MFS operator to open personal retail accounts which will help the micro entrepreneurs on Facebook or other platform.