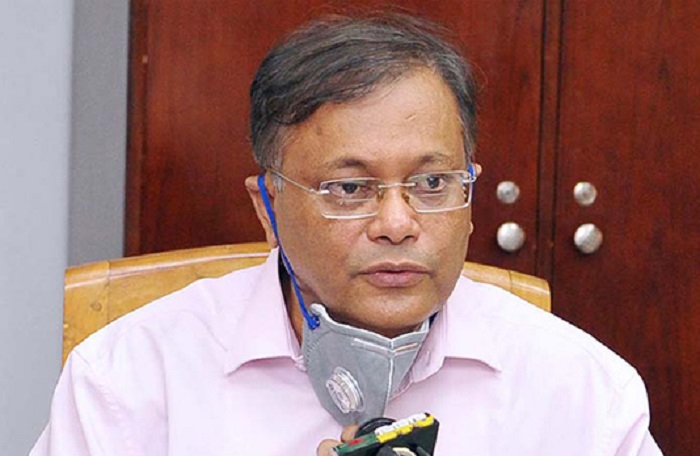 Urging BNP to stand beside the common people amid COVID-19 epidemic, Information and Broadcasting Minister Dr Hasan Mahmud said they (BNP) should seek apology from the countrymen for spreading confusion over the coronavirus vaccine.

“Regrettably, BNP and their friends and some groups could not see any good work of the government. And they tried to spread different confusions from the very beginning of the COVID 19 pandemic among the commoners openly,” he said.

The minister said they even spread confusion that the Indian vaccine produced by Serum Institute would not work. But, when it was late to bring the vaccine, they said something else, he added.

He said there is no scope of spreading confusion.

Terming the newsmen as front fighter, Hasan praised the role of journalists during the coronavirus situation.

The minister also extended thanks to the media outlets for their role against confusion.