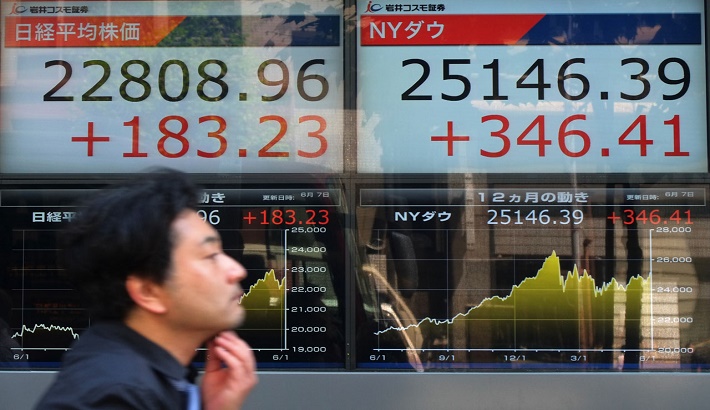 Tokyo stocks barely moved at the open Tuesday despite fresh records for two indexes on Wall Street, as investors awaited the Bank of Japan’s policy decision later in the day.

The Bank of Japan (BoJ) is widely expected to stand pat after a two-day policy meeting that ends later Tuesday.

However, the “BoJ’s economic projections are looking too optimistic and at risk of downward revision,” said Ray Attrill, senior strategist at National Australia Bank in a note.

“A fourth Covid wave has now erased hopes for a domestically driven economic recovery” in the second quarter, he said.

“Japan’s underwhelming vaccine rollout programme is now threatening the potential for any domestically driven recovery at all in 2021.”

In Tokyo, Canon was up 2.96 percent at 2,730.5 yen after the company boosted its full-year operating profit forecast by 25 percent and said it expects profit to return to pre-pandemic levels.

On Wall Street, the tech-rich Nasdaq and the S&P 500 finished at fresh records as large tech companies rallied ahead of earnings later in the week.