Amid criticism, US to export up to 60 mn AstraZeneca Covid vaccine doses 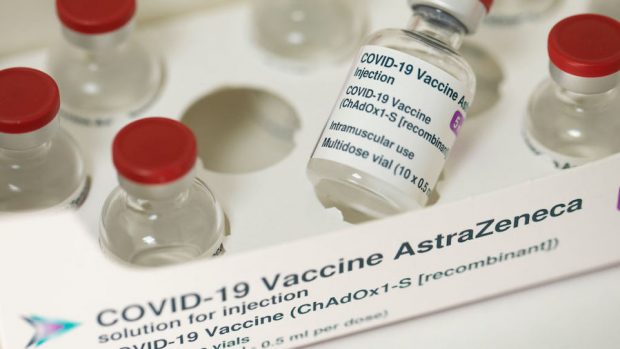 The United States will send up to 60 million doses of the AstraZeneca Covid-19 vaccine abroad, officials announced Monday, as President Joe Biden pledged to “be there” for India in its hour of need.

Critics have accused Washington of “hoarding” the British-developed vaccine, which is not authorized in the country and will likely not be required to vaccinate Americans.

The issue has risen to the fore in recent days as India faces a catastrophic new surge that has overwhelmed its health care system and driven crematoriums to full capacity.

“U.S. to release 60 million Astra Zeneca doses to other countries as they become available,” tweeted Andy Slavitt, senior advisor to the White House on Covid response.

An administration official told reporters the first 10 million doses could be available “in the coming weeks” after they pass a quality inspection by the Food and Drug Administration.

“Further, there’s an estimated additional 50 million doses that are in various stages of production, and these could be completed in stages across May and June,” she added.

White House spokeswoman Jen Psaki said at a briefing that the recipient countries have not yet been decided and that the administration was still formulating its distribution plan.

But India appears to be a leading contender after Biden held a telephone call with his counterpart Prime Minister Narendra Modi, pledging US support to fight the Covid surge.

“Today, I spoke with Prime Minister @narendramodi and pledged America’s full support to provide emergency assistance and resources in the fight against COVID-19. India was there for us, and we will be there for them,” Biden tweeted.

Administration officials added Washington was looking at options to supply oxygen — from direct shipments to generation systems — as well as the antiviral drug remdesivir, personal protective equipment, tests, and teams of experts.

The vaccine announcement greatly expands a US action from last month to loan four million AstraZeneca doses to Mexico and Canada.

It also comes as US domestic supply appears increasingly assured, making it unlikely AstraZeneca will be required.

Pfizer and Moderna say they are on track to deliver 600 million doses between them by the end of July. Both are two-dose regimens.

The country has also resumed vaccinations with the Johnson & Johnson single shot, the third authorized injection, after a brief pause over suspected links to a rare form of clotting.

More than 53 percent of adults in the United States have so far received at least one dose of vaccine, according to official data, and domestic demand has begun to taper off as many people who wished to get vaccinated have already done so.

The rate of new daily Covid cases in the United States is also in decline, dipping below a seven-day average of 60,000 for the first time in a month.

Ashish Jha, dean of Brown University’s School of Public Health, said one of the main hurdles to sending AstraZeneca doses abroad had been the issue of legal liability, since the original contract was formulated between the company and the United States.

“There may be some adverse events and there may even be events that are not related to the vaccine,” Jha said during a webinar, adding the maker was worried about being sued without the indemnity it enjoyed in the United States.

“These are solvable in my mind by India, offering indemnity and protection to AstraZeneca,” he added.

But he predicted the issue might be politically sensitive in India if the AstraZeneca vaccine comes to be viewed as a second-tier or “discarded” shot.