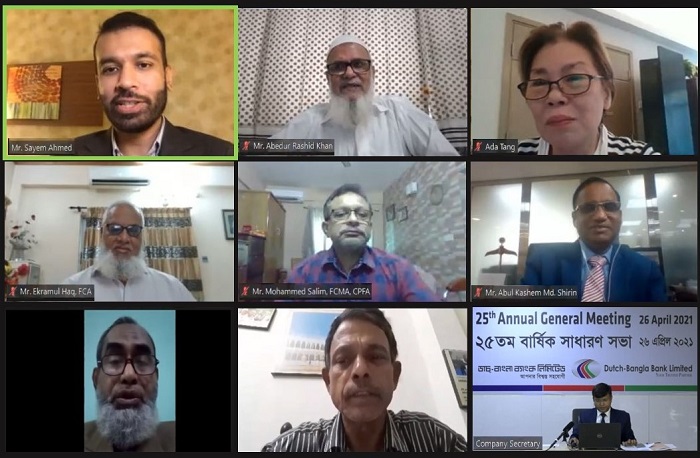 The 25th Annual General Meeting (AGM) of Dutch-Bangla Bank Limited was held on April 26, 2021 at 10:00 a.m. through virtual platform under the Chairmanship of Mr. Sayem Ahmed, Chairman, the Board of Directors of the Bank. The Chairman welcomed the honorable Shareholders in the AGM.

The meeting approved the re-appointment of Mr. Abedur Rashid Khan as Director of the Bank.

The meeting also unanimously re-appointed M/s. Hoda Vasi Chowdhury & Co., Chartered Accountants as the external auditor of the Bank and M/s. A. Qasem & Co. as Corporate Governance Compliance Auditor of the Bank for the year 2021.