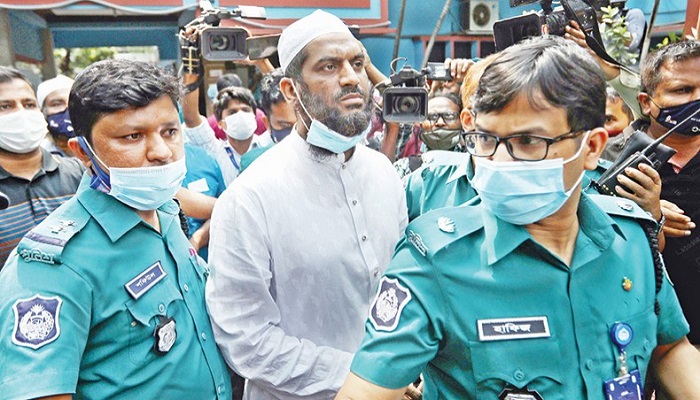 Hefazat-e-Islam leader Mamunul Haque told a Dhaka court on Monday that he had gone to Baitul Mukarram on March 26 at the request of a police Deputy Inspector General (DIG).

“On that day, I led the Jum’a prayer at Banglabazar mosque and learned that some worshippers had gathered at the Baitul Mukarram,” Mamunul said.

The state counsel said Mamunul can’t issue such statement but the court permitted him to continue.

Mamunul said the court could check his mobile call records to verify his claim.

His lawyer said incorrect information about him was mentioned in the case filed at Paltan Police Station.

The court also heard the bail plea of the Hefazat leader who was produced before the court after the completion of his seven-day remand in a vandalism case filed with Mohammadpur police in 2020.

After hearing, the court granted police four days to interrogate Mamunul in the Paltan case and three days in the Motijheel case.

Mamunul, who has been in the limelight due to some recent controversies, was held with a woman he claimed to be his second wife from a resort in Sonargaon on April 3.