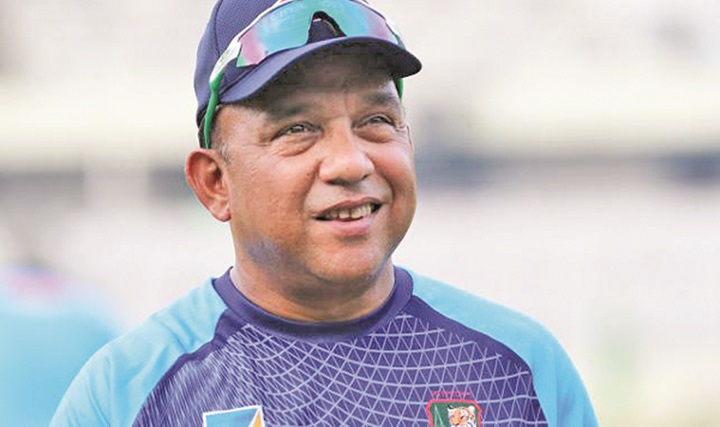 Bangladesh are eyeing to play five-bowlers in the longer format that gives them the best chance to pick 20 wickets.

The introduction of five bowlers against Sri Lanka was a breath of fresh air for the tourists considering they are used to be extra defensive while playing Test by picking seven to eight batsmen in their playing XI.

Though the ploy hardly paid off in the opening Test against Sri Lanka considering there was nothing for the bowlers in the Pallekele wicket that produced 1289 runs in a high-scoring draw.

However, from Test skipper Mominul Haque to chief selector Minhajul Abedin stated the same sentiment that everyone is convinced that it is the best way to go in the longer format.

“It (playing five bowlers) is something we need to do, as all the big teams in the cricketing nations do it. If you want to pick 20 wickets you need five bowlers and we need these kinds of approach and attack if we want to take our cricket to the next level,” Mominul said.

Chief selector Minhajul Abedin also echoed the same sentiment adding that keeping the bowler fresh which needs to be addressed especially in hot condition that is prevailing in Sri Lanka.

“I think we need to back this idea of playing five bowlers because that gives you the best chance in Test cricket as you are not going to win a Test match without picking 20 wickets,” Minhajul said.

“Another thing is that our bowlers are not used to bowl long spells so to get the most out of them we need to keep them fresh for a considerable amount of time and having five bowlers gives you that liberty,” he said.

Indian skipper Virat Kohli backed the idea of playing five specialist bowlers in Test since taking over the Test captaincy and though it did not reap benefit gradually India became a force to reckon.

Bangladesh team leader Khaled Mahmud, who is accompanying the team in Sri Lanka, said that he is quite fine with the idea adding that a bowler will have to pave ways at the arrival of Shakib Al Hasan but that will entirely depend on the surface.

“I think it (five bowlers) is one way to go in Test and it can be quite fruitful if we stick with it because you have a lot of options,” said Mahmud.

“When Shakib will come naturally we would like to pick him at the expense of a bowler and that we can decide after seeing the wicket as whether we need to back the pace bowlers or spinners can only be determined after watching the surface,” he said.

“I am not sure when we played with six batsmen and five bowlers but sticking with this philosophy which always gives a message to the opponent,” he said when he was asked whether it is the best thing or not.

Mahmud added that the only problem of playing five bowlers is that their inability to bat and a dicey wicket can have a negative impact.

“Look when we will play in a dicey wicket where there is something for the bowlers especially playing five specialist bowlers can be risky at a time because most of our bowlers don’t know how to bat and if we are in the back foot by losing early wickets then we will be in trouble,” he said.

“So we need to have five bowlers but at the same time we need to make sure that our batting strength is not compromised to great extent,” he said.

“When Shakib will be on the side he will give you the perfect balance as we can have five bowlers without compromising on our batting strength,” he said.

“But we have to accept that if we want to win Test matches we need to back the bowling unit and make sure they give their best and that can only be possible with five bowlers in place,” he concluded.