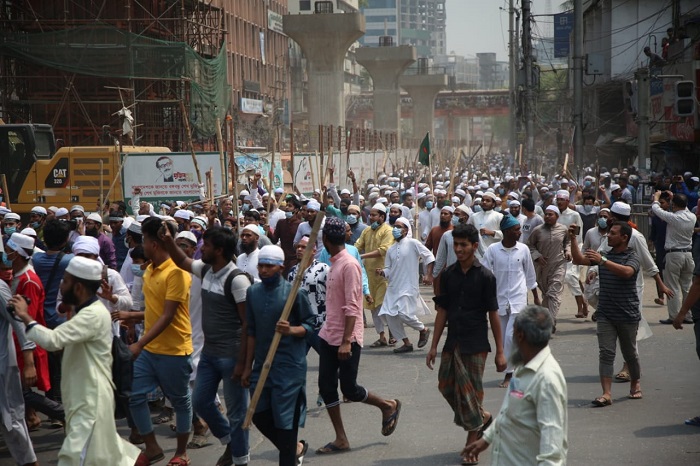 He said the top scholars of Ahlea Sunnat Wal Jama’at Bangladesh have been presenting the erroneous aqeedahs of Qaumi Hefazat through meetings, seminars, symposiums, writings and speeches for a long and asking them to sit in a debate on their erroneous aqeedahs.

But, Al-Qadiri said, the Hefazat leaders do not show interest in joining the debate and now their religious misguided policies and militancy are proved before the people.

He said Hefazat-e-Islam carried out mayhem at Shapla Chattar in the city in 2013, set arson on busses, cut down trees of city roads and created an anarchic situation here, which had no relation to Islam.

The Ahlea Sunnah leader said Islam does not allow any destruction but Hefazat established a reign of terror in Dhaka, Narayanganj, Brahmanbaria and Chattogram on March 26 and later on. “But they claim that they are the custodians of Islam,” he added.

Al-Qadiri said Hefazat leader Mamunul Haque was involved in adultery at a Narayanganj resort but Hefazat did not take any organisational action against him.