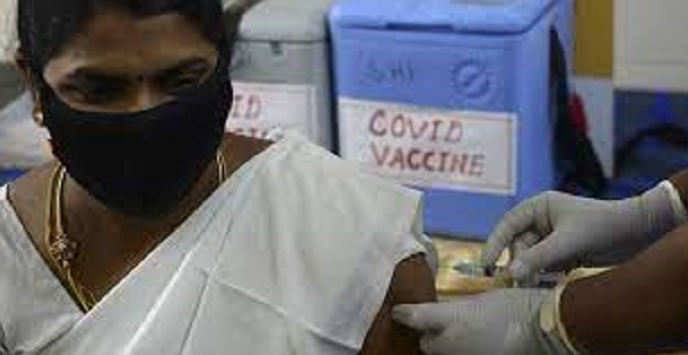 The coronavirus outbreak in India is horrific. The worst-case scenarios we read about from Italy 13 months ago, and were warned of in the United States last year, have come to fruition on the subcontinent. The U.S. government can help — and ought to help.

Congress and the Biden administration ought to act immediately to send medical equipment, therapeutic drugs, and yes, vaccines to India. It’s the moral thing to do, and it’s in America’s interest.

“Nationalism” has a bad reputation these days, but in some ways, every national government is morally obligated to be nationalistic. That is, lawmakers and executives are not free to use their power to pursue their own whims, but they are required to use their power to serve the people of their own country. That’s how we’ve formulated our arguments on immigration, climate and energy policy, military intervention, and other matters.

For this reason, we don’t have any compunction about Americans getting first dibs at the Pfizer, Moderna, and Johnson & Johnson vaccines. The U.S. government subsidized the development and manufacture of these vaccines by offering guaranteed purchases. That the government gave those vaccines to people in America was fitting and appropriate, since a government’s job is to look after its people.

Battling India’s outbreak is morally and strategically prudent for the U.S. With China's vaccines proving limited in their effectiveness, and the European Union struggling to vaccinate its own populations, only the U.S. can fill the gap here.

The U.S. has a many-billion-dollar stockpile of ventilators. Thanks to advancements in treating serious COVID-19 cases, American hospitals have far less use for these than officials thought we would. But they would be useful in India. Even on an ad hoc basis, the U.S. Air Force's Air Mobility Command could launch a mini-Berlin Airlift style operation to surge equipment into major Indian population centers.

More importantly, the U.S. could provide India with vaccines. The provision of U.S.-stockpiled AstraZeneca and Johnson & Johnson vaccines would appear to offer the most benefit here. While U.S. regulators continue to debate the authorization (or ending the pause) of those vaccines, India's desperate situation would give it a different cost-benefit calculus.

The utility of these vaccines in extending support to India's struggling effort to vaccinate healthcare workers in smaller cities and rural areas would be particularly valuable. Helping to ensure that doctors, nurses, and technicians are available to serve their patients, the U.S. could thus mitigate the risk of collapse in regional healthcare systems.

The moral benefit of American action is obvious: saving lives that would otherwise be lost.

The strategic benefit is in supporting the world's most populous democracy at a time of exigent need. It would not go unnoticed in Indian popular or political circles that only the U.S. was willing and able to provide this support. The image of American humanitarian flights surging into Indian airports would be a striking one.

And, of course, we have to think about China.

India faces an increasingly hostile China on its borders, and America's appeal as a partner against that explicit shared threat would only grow. India serves as a check on Chinese ambitions, and so, a weakened India is a boon to Chinese imperialism.

And with America providing humanitarian support without the overwhelming strings-attached approach of China's virus diplomacy, Washington would be able to act without provoking the sensitivities of Prime Minister Narendra Modi's nationalist constituencies.

Put another way, this airlift would not be seen as an American usurpation of Indian sovereignty but rather as a figurative and literal booster shot to it.

Now, American vaccinators have just about met vaccine demand. Health officials are lobbying vaccine resisters to get the shot. And the effort is underway to approve the drug for children 16 and under, who have nearly been immune from serious cases of COVID-19, to get them vaccinated.

We believe that the U.S. government would better serve the country by sending many of these doses to India to try and tamp down that inferno of an outbreak.