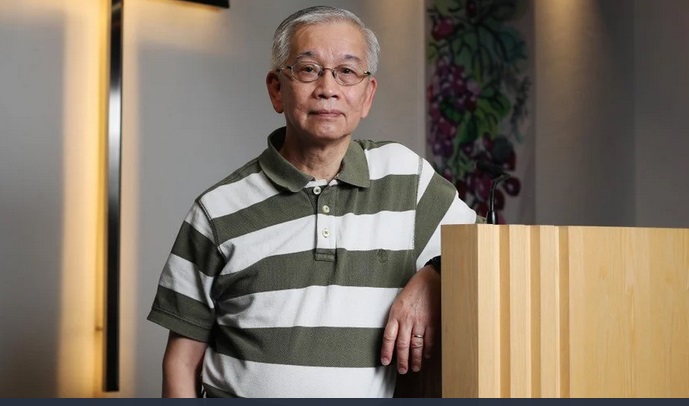 Reverend Lo Hing-choi, who was reelected president of the city’s 80,000-strong Baptist Convention last year and was due to finish his term at the end of this month, said his abrupt departure on Tuesday was prompted by the erosion of Hong Kong’s unique freedoms.

“The biggest – or the only – reason behind it is the changes in Hong Kong and its shrinking freedom. The government policies have deviated from the principles and basis of reasonableness and fairness,” he wrote in a piece published in the Christian Times on Wednesday night.

“Hong Kong currently is not just being torn apart, but there is a dislocation created by those in power.

The Baptist Convention of Hong Kong under Lo’s leadership had openly urged the government in 2019 to withdraw its extradition bill, which would have allowed the rendition of criminal suspects to mainland China. The legislation was eventually scrapped, but not before it sparked months of often violent protests.

Last June, he also published an article slamming the Beijing-imposed national security law, saying it would officially mark the end of the “one country, two systems” framework, deprive Hongkongers of their right to free speech and destroy the city’s judicial system.

Lo said his friends and peers had been urging him to get prepared to leave since the imposition of the security law, and especially after he was called out by pro-Beijing newspaper Ta Kung Pao in July and September.

“I did not take it seriously at first as I thought I’m just a small potato whom no one cares about,” he wrote. “But then when I saw how the authorities went after moderate figures who have contributed to society one after another and locked them all up, I have a clearer picture of my future.”

Lo, who will soon turn 70, admitted it was not easy for him to leave behind Hong Kong and his church for Britain, saying he was grappling with the guilt of being a “deserter”.

He said he made up his mind to leave this week after he managed to secure a seat on a flight for his pet, and because he feared that if he did not leave immediately, a rebound of Covid-19 cases would leave him trapped in the city for a long time.

In an interview with the Post last year, Lo said he had taken down all his online criticism of the national security law hours before it came into effect, as he did not want his opinions to cause trouble for the Baptist Church. He also said he intended to keep a low profile.

In a message posted on its website, the Baptist Convention confirmed Lo had resigned on Tuesday for personal reasons and expressed gratitude to the pastor for his contributions since taking charge of the organisation in 2018. He would be temporarily replaced by Reverend Lam Hoi-sing until the end of this month, it said.

A number of outspoken church leaders have left the city in the wake of the national security law. Among them were evangelical pastors Wong Siu-yung and Yeung Kin-keung, who signed a joint “Gospel Declaration” calling on followers to point out wrongdoing by the authorities and to resist any totalitarian regime.

The pair later announced they were going into self-imposed exile after being accused by pro-Beijing newspapers of inciting secession and subversion under the sweeping security law.