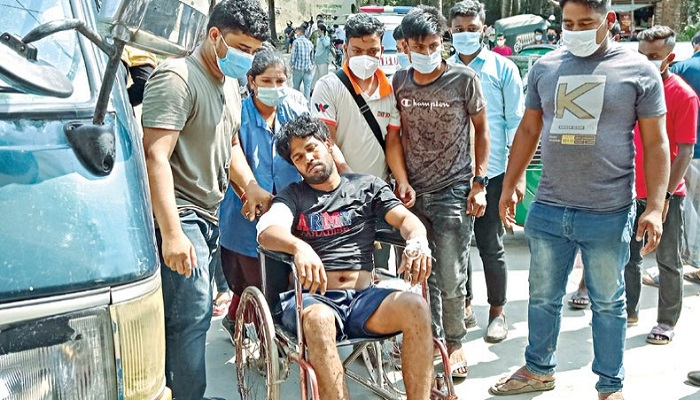 The government will provide Taka 2 lakh to each deceased and Taka 50,000 to injured workers’ families of Bashkhali under-construction power plant as financial assistance.

“The incident which occurred in Bashkhali was very much tragic and painful,” said the state minister, adding that there is a provision of providing financial assistance to the helpless workers from the Labour welfare fund.

Maximum financial assistance of Taka 2 lakh for any accidental death of any workers and Taka 50,000 for the families of any injured workers could be provided as per the labour law, she said.

Sufian also prayed for eternal peace of the departed soul of the deceased workers and early recovery of the injured workers.

At least five people died and dozen others sustained injuries as a clash ensued when law enforcers moved to tranquilize a mob at an under-construction coal-power plant of S Alam Group at Banshkhali upazila of Chittagong on April 17.