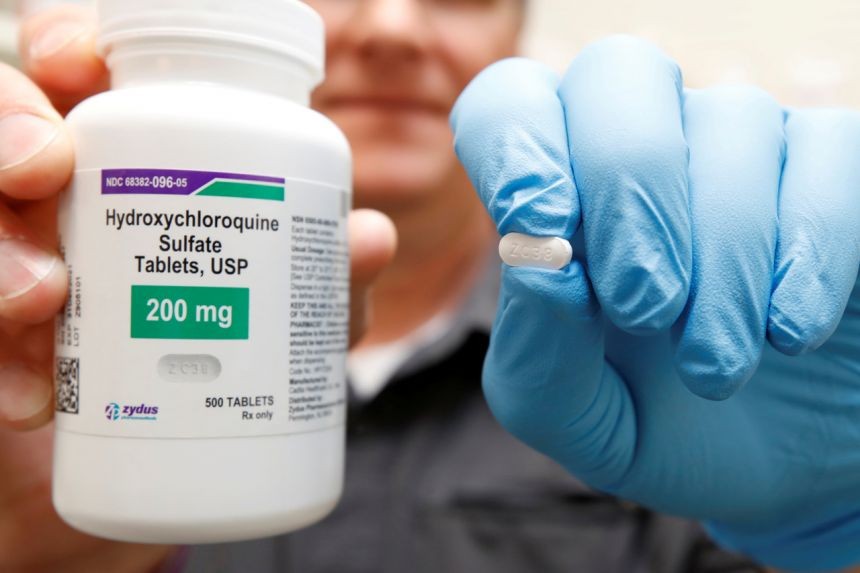 Using a throat spray or consuming the anti-malaria drug hydroxychloroquine has been found to reduce the risk of Covid-19 infection in healthy individuals in areas with high transmission rates.

These findings were revealed by a local study of more than 3,000 healthy young migrant workers who were quarantined in Tuas South Dormitory in May last year.

The study found that taking a povidone-iodine throat spray three times a day, or the oral drug hydroxychloroquine once daily, reduced the likelihood of getting infected by Sars-CoV-2, the virus that causes Covid-19, by over 20 percent.

Prof Seet said: "Dr Quek, Prof Hartman and I were early volunteers of the dormitory mission where we ran medical posts, swabbed and screened residents with infection who may require hospital care.

"At the start of the outbreak, the numbers of dorm infections were simply overwhelming. That was when we got together with Prof Tambyah and Prof Cook to come up with the idea of running a study, all with the overarching aim to help ease the burden on our healthcare system."

Repurposing accessible existing drugs such as povidone-iodine and hydroxychloroquine is a practical way to curb the spread of the virus, especially in regions where Covid-19 is rampant, said Prof Seet.

The throat spray can be bought over the counter at pharmacies while hydroxychloroquine will require a doctor's prescription.

A total of 3,037 asymptomatic healthy young men with an average age of 33, who produced a negative serology test result indicating no prior exposure to the virus, were studied.

These dormitory residents were mostly from India and Bangladesh.

The men were split into five groups, with each group given one of the following for six weeks: vitamin C (control group), zinc and vitamin C, the povidone-iodine throat spray, hydroxychloroquine or ivermectin.

At that time, Covid-19 clusters were still rampant in Singapore's dormitories, and residents were isolated or quarantined in their rooms which they shared with other residents.

After six weeks, blood samples were collected and analysed for their antibody response to Sars-CoV-2.

Polymerase chain reaction (PCR) tests were not used in the study owing to the scarcity of PCR testing resources at that time.

None of the workers died or required hospitalisation due to pneumonia.

The workers largely adhered to their doses, with an overall medication adherence rate of 80 percent.

Prof Seet said: "Oral hydroxychloroquine or povidone-iodine throat spray are existing drugs that are easily available and have known safety profiles. This can represent a viable preventive strategy for individuals living in a closed and high-exposure setting, especially in areas and countries where Covid-19 vaccination is not available or widespread."

Still, he cautioned: "Until mass vaccination is successfully implemented globally, non-pharmacological interventions such as masking and physical distancing are the only proven measures to mitigate transmission."

Given the short half-life of both medicine, individuals are protected from infection only when they take the drugs.

Common side effects of hydroxychloroquine include headaches, dizziness, diarrhoea, stomach cramps and vomiting. These symptoms may be reduced when the tablets are taken with food.

Povidone-iodine may cause local irritation to the mucosa as well as allergic reactions, especially for those with iodine allergy. Individuals with thyroid disorders should consult their doctors before using the throat spray.